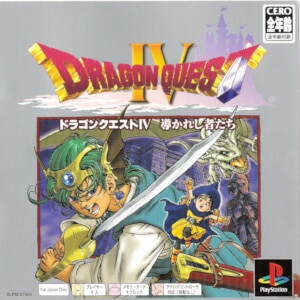 Since an internet search for screenshots of the mobile version’s cover came up empty, a screenshot of the PlayStation port’s cover has been used above.

As per tradition, Koichi Sugiyama was back on board to score the Dragon Quest IV soundtrack. It turned out to be one of the most expansive NES scores ever written, clocking in at nearly a whole hour (looped). Sugiyama once more increased the breadth of the score, writing a theme for each world map, as well as several other location-specific compositions – on top of the pieces written for the usual suspects (town, dungeon, castle etc.)

Also, as per tradition, an orchestral arrangement of the Dragon Quest IV soundtrack followed soon. In fact, Dragon Quest IV might well have received more orchestral recordings than any other game or film score – with the NHK Symphony Orchestra in 1990, the London Philharmonic Orchestra in 1991, the Kanagawa Philharmonic Orchestra in 2002 and the Tokyo Metropolitan Symphony Orchestra in 2005. The 1991 LPO album was the first time the orchestra recorded a Dragon Quest score. It was also the very first occasion on which an internationally-renowned, top-tier orchestra recorded video game music, making this a seminal album release. Clearly Enix had confidence in their product – and a generous budget. This was made even clearer when the company produced a VHS tape, showing the LPO performing the score under the baton of Sugiyama – interspersed with scenes of actors in medieval costumes acting out various short scenes on Warwick Castle! 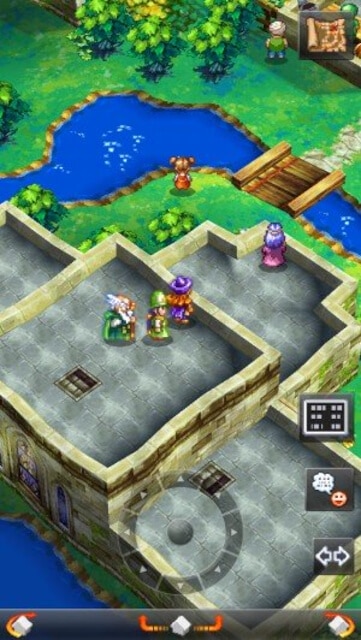 Thankfully, all this care lavished upon the Dragon Quest IV soundtrack – or rather its orchestral arrangement – was well worth it, with game music fans often considering this work the franchise’s musical apogee. Of course, later remakes of the game – on PlayStation in 2001, Nintendo DS in 2007 and mobile phones in 2014 – preserved the orchestral arrangements and added some musical content, most of it underscoring a new, sixth chapter. As with Dragon Quest III, the new material isn’t all that noteworthy – although “In a Town (Night)” surprises by offering not just a stripped-down version of “In a Town”. Instead it blossoms into a lovely, flute-led reverie. Out of the three remakes, the mobile phone version provides the most life-like sound – not surprising, given advances in sound chip technology. Still, no one is going to mistake it for the ‘real’ thing – the live-orchestral performance it’s based on.

And so, as with Dragon Quest III, once again the question arises – why bother with these console ports of the orchestral arrangements if they sound significantly inferior and add little additional content? In the case of Dragon Quest III, the case was a bit less complicated – its Nintendo 3DS port was certainly closer in sound to the live performances than the mobile Dragon Quest IV version is. Again, it comes down to the fact that we are looking at music as it is used in-game, not as a separate album release (like the orchestral live performances). In other words: if you ignored the fact that better versions of this music exist outside of the realm of in-game music, you would be left with what is still a fantastic RPG score.

It’s easy to take the excellence of the arranged Dragon Quest IV soundtrack for granted – but that would mean overlooking the almost schizophrenic quality of the material Sugiyama worked with. The NES Dragon Quest IV score is an odd duck. On the one hand, it is not just one of the longest NES soundtracks, but also the first franchise score where Sugiyama experiments more extensively with the console’s sound chip. On several occasions, Sugiyama gives the melody to the triangle channel in its higher registers, while the two harmonising square wave channels provide nearly chordal support. Elsewhere – for example on “Expanding the Map” – Sugiyama makes clever use of echo effects to suggest thicker textures and a lusher sound. “Cursed Towers” and “Ballon’s Flight” are the composer’s most rhythmically daring NES compositions – the latter’s constant metre changes make it an almost head-spinning experience. 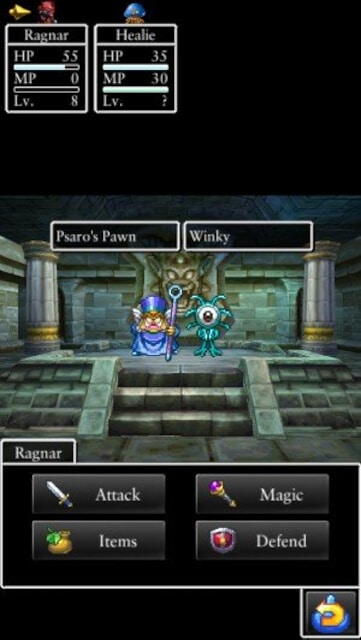 On the other hand, many of Sugiyama’s NES tracks are among the simplest he has written – take the various world map themes, all of which present fairly slight melodies against a repetitive rhythmic accompaniment. Other compositions come across as experiments rather than fully-developed compositions – just sample the two colosseum cues, which pit wispy, unpredictable melodies against absolutely overbearing arpeggios. As a result, on the NES the Dragon Quest IV soundtrack presents itself as a confusingly patchy affair, with dizzying heights and lackadaisical lows.

As with Dragon Quest III, it’s on the orchestral arrangement that many of the tracks come to life, courtesy of Sugiyama’s flair for luxurious, sometimes dazzling orchestrations, and the rhythmic and dynamic nuances a live performance allows for. Those previously drab map themes combine into “Comrades”, a ten-minute medley that might be the franchise’s greatest musical accomplishment, overflowing with colours as it moves from one delightful, vivacious section to the next. “Expanding the Map” – the sailing theme – becomes one of game music’s most ravishingly swooning compositions, underscoring the romantic nature of seafaring as much as the cyclical motion of the waves (the mobile version struggles to reproduce the density of the live orchestrations and their sheer emotional weight). And those two colosseum tracks sound like they had always been written with an orchestra in mind, turning into a serene woodwind meditation and an ebullient march respectively.

But what if Sugiyama had indeed written the orchestral pieces first and then tried to convert them for the NES, and not the other way around as usually? Remember that the first Dragon Quest IV orchestral album was released only a month after the game. Without any further confirmation through interviews with Sugiyama or Chunsoft staff, we are left guessing. Still, this order of events might explain why the orchestral version of the Dragon Quest IV soundtrack is so consistently strong (even one of the battle tracks convinces!), but the NES music is so scattershot.

Of course, when the NES tracks soar, the orchestral arrangements easily follow suit. “Cursed Towers” builds on the NES version’s web of polyrhythms by adding a curious mix of constantly bubbling tuba lines, glockenspiel and ethereal string chords, giving the track a surprisingly playful mood. Meanwhile, “Balloon Flight”’s willowy chiptunes leads turn into complex, woodwind-heavy counterpoint clad in chamber music-sized orchestrations. And at the end, there’s even one occasion where the mobile phone port outclasses the symphonic recording. Sugiyama’s orchestrated version of “Finale” is a bit sedate, lacking the constant rush of ideas and excitement that turns the NES track into the platform’s most formidable approximation of symphonic orchestral writing. Thankfully, the mobile phone port of “Finale” is based on the NES cue, not the orchestral version – bringing the score to a truly spectacular finale that helps us overlook some technology-induced shortcomings along the way.