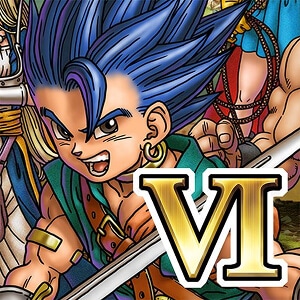 Dragon Quest V was the first game in the franchise to hit a 16-bit platform. But while it sported one of the era’s more original and moving narratives, its presentation felt like a relatively minor upgrade over its NES predecessor. Thankfully, Dragon Quest VI fixed this particular issue. Released in 1995, Dragon Quest VI wholeheartedly embraced the SNES’ technical capacities, featuring far more detailed and colourful graphics. Players also enjoyed a much larger game world, thanks to Dragon Quest VI’s ‘real world/dream world’ set up. Development duties passed from Chunsoft on to Heart Beat, founded in 1992 by Manabu Yamana, director of Dragon Quest III-V. Needless to say, Dragon Quest VI became the best-selling game of 1995 in Japan. On top of those 3.2 million SNES cartridges, it later sold an additional one million copies on the Nintendo DS.

Of course, Koichi Sugiyama returned once more to deliver the Dragon Quest VI soundtrack. On this occasion, he was joined by two unusually famous collaborators: seasoned fellow game composers Hitoshi Sakimoto and Tsukasa Tawada, who handled sound design duties. Maybe as a result, Dragon Quest VI’s instrument samples are a marked improvement over those used on previous SNES Dragon Quest games. However, their quality is strangely inconsistent – listen to the watery strings on “Monsters” and “Eternal Lullaby”. Then again – as always – all eyes were on the orchestral arrangement of the score anyway, released less than two weeks after the game and once more performed by the London Philharmonic Orchestra. A re-recording with the Tokyo Metropolitan Symphony Orchestra followed in 2006. Compared to other games in the franchise, Dragon Quest VI received relatively few ports – to the Nintendo DS in 2010 and smartphones in 2015.

As with previous Dragon Quest games, the question remains: “Do I need to listen to the game score, or can I just get the orchestral album?” And as with every Dragon Quest title since the very first one, the answer remains: “Strictly speaking, you don’t have to bother with the game score.” Once more, the orchestral arrangement covers more or less all of the music heard in the original game and the various ports – any exclusive material isn’t particularly noteworthy. And of course, the live performances sound significantly better than anything the console versions can produce. That being said, some intriguing details found on the SNES original – like the underwater ambience of “Wandering through the Silence” or the ghostly woodwind lead on “Satan’s Castle” – are sadly missing in the orchestral arrangements. 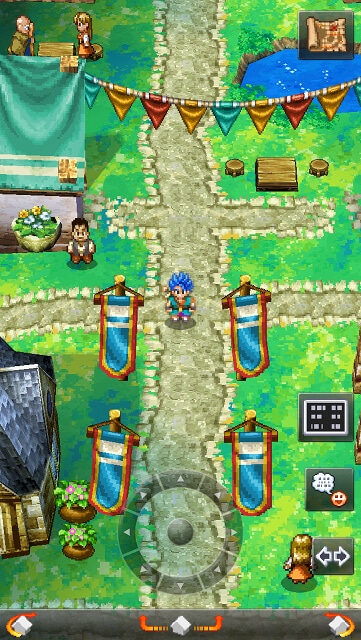 Ultimately – if we simply look at the music as used in-game – the most recent Dragon Quest VI port emerges as one of the best RPG soundtracks on its respective platform (as was the case with Dragon Quest III, IV and V). Naturally, the ports can’t hope to produce a 1:1 emulation of the orchestral performances’ splendour – but even an approximation delivers outstanding results.

But if Sugiyama adheres to formula more closely than before, he also manages to execute it better than almost any other game composer. His compositions had always highlighted their creator’s inspiration through Western classical music – take Dragon Quest IV’s ending theme. But with the Dragon Quest VI soundtrack, Sugiyama writes his most classically-minded score so far – maybe a result of being more familiar with the SPC sound chip’s capabilities. These are pieces that are reluctant to deliver hummable melodies or rhythm hooks. Instead, compositions unfold slowly and patiently, with melody lines that are longer and more complex than what’s usually found on orchestral game soundtracks. The cues on the Dragon Quest VI soundtrack don’t feel so much like underscore for a particular scene, but more like pieces that develop according to their own purely musical logic. 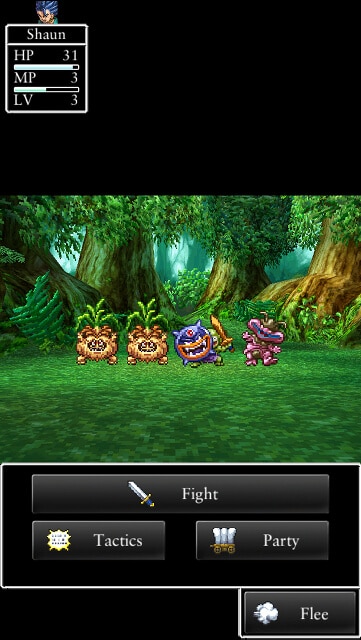 The best example of Sugiyama’s symphonically-inspired approach is “Eternal Lullaby”, this soundtrack’s ending theme. Compare it to a closing track like Final Fantasy VI’s “Ending Theme”, which for nearly 22 minutes flits from one theme to the next, seamlessly underscoring whatever action is taking place during the mammoth closing scene. “Eternal Lullaby” does almost the opposite. Sugiyama carefully develops and varies one single theme, exploring its various emotional shades – until the stage has been set for a monumental reprise of the theme that concludes the soundtrack on a sufficiently grand note. In short, game scores rarely mine the peerless – if maybe initially elusive – richness of classical music more successfully than the Dragon Quest VI soundtrack. As a result, a composition like “Ocean Waves” plays like a ravishing miniature tone poem.

And while the template that Sugiyama works with is very familiar by now, that’s not to say this score is bereft of surprises. Sugiyama’s dungeon tracks are unexpectedly jagged and disjointed – easily the most experimental music he has written so far for the franchise. “Frightening Dungeon” is downright creepy, full of wild instrumental lines and an eerie woodwind lead that almost leads the piece into the abstract realm of avant-garde classical music. It’s a far cry from Sugiyama’s usually late-romantic inspirations. Still, he manages to write a piece that keeps listeners wondering with bated breath where the music heads next, as stinging musical fragments swirl through the darkness, disappearing again as quickly as they emerged. Other dungeon tracks like “Dungeons” and “Last Dungeon” manage to mix this sense of dread with a greater degree of melodicism, building captivating tension between the competing emotional tones.

Where the Dragon Quest VI soundtrack really turns heads is with its battle tracks. No matter how strong on average, previous Dragon Quest scores had cemented Sugiyama’s reputation for writing underwhelming battle themes. Either they just plain lacked urgency and power, or their bombastic tones covered up thin material. And suddenly, Sugiyama composes four battle tracks that pulse with unbridled energy and incessantly propulsive rhythms. These power massive brass outbursts and intricate interplays between instrument groups – now there is far more counterpoint and melodic material on these cues than on any previous DQ action track. Dynamics are equally varied – take the sudden, extended flute lead on “Brave Fight” or “Monsters”’ surprising mix of jaunty and menacing tones. All of a sudden, there’s a rousing, fierce drama to the Dragon Quest VI soundtrack that previous franchise scores couldn’t muster – another reason why this might be the best score of the entire series.