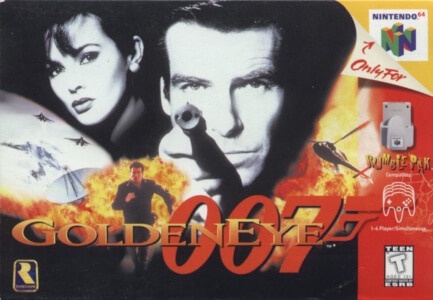 Like the game as a whole, creating the GoldenEye 007 soundtrack was no easy feat – after all, this was one of Rare’s first Nintendo 64 titles. Initially, Graeme Norgate was tasked with writing the score, having previously worked on Rare’s Killer Instinct and Donkey Kong Land. However, Norgate was also working on Blast Corps at the same time and it became obvious that additional resources were needed. Thus Grant Kirkhope – while still working on Donkey Kong Land 2 – was drafted to join Norgate on GoldenEye 007 (he left before completion of that project to work on Dream). The challenge for both composers was to write music for a console that for the first one and a half years of the game’s development didn’t exist yet.

What’s more, information on the new console’s sound capabilities were conflicting. Silicon Graphics promised up to 100 channels of sound, but ultimately, 12-16 channels (and a mere 700k for music data and instrument samples) turned out to be more realistic. But these challenges were arguably offset by the fact that Norgate and Kirkhope had the license to use one of movie history’s most famous tunes – the immortal Bond theme. 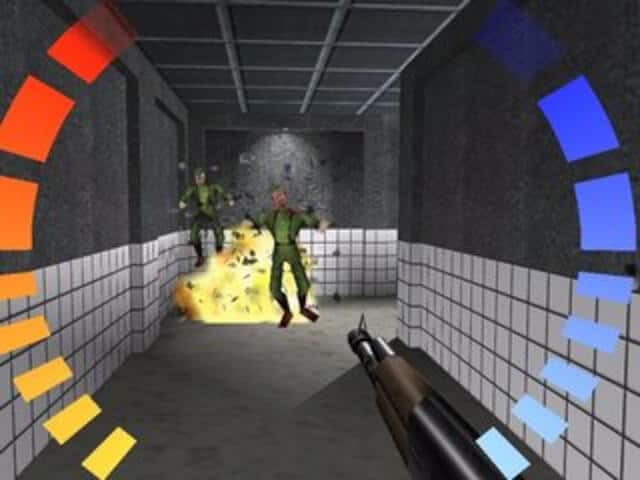 And of course, both young composers made the most of the opportunity to play with the legendary theme. Crucially, the GoldenEye 007 soundtrack avoids a mistake other Bond games make – overusing the theme and stating it in full over and over again, until the melody becomes merely obnoxious. Norgate and Kirkhope, on the other hand, do an outstanding job at reprising the theme in a myriad of different disguises, constantly changing the structure, tempo and orchestration of the melody (partially inspired by Eric Serra’s idiosyncratic GoldenEye 007 movie score). Some of their standout takes on the theme include a guitar-driven hard rock version on “James Bond Theme”; subtly referenced as brass counterpoint on “Dam”; a more classical, full-bodied rendition on solo brass on “Runway”; two versions of the theme played in counterpoint in time for the game’s finale on “Cradle” – one couldn’t hope for more creativity and thematic cohesion.

While its reliance on the Bond theme clearly marks the GoldenEye 007 soundtrack as part of the Bond canon, it is anything but a classic Bond score – at least when comparing it to pre-1995 Bond movie soundtracks. Like Eric Serra’s movie score, Norgate and Kirkhope’s work breaks with tradition, but arguably more successfully so. On GoldenEye 007, there’s little of the elegant, sometimes jazzy allure that traditional Bond scores have brought to the character. Instead, much of this soundtrack plays like a modern update of the Bond sound within the parameters of a stealth shooter. That’s not necessarily surprising, considering how much GoldenEye 007’s gameplay favours the careful elimination of enemies over all-out shooting sprees. On much of GoldenEye 007, being a secret agent is a less than showy job, undertaken in the shadows, constantly on edge and filled with a quiet, unrelenting intensity.

This translates to a string of surprisingly quiet compositions – at least in the first half of the score – that one might not typically expect to hear on a first-person shooter album. Rhythms are usually persistent and driving but given to softer instruments like xylophone and light electronics. On top of this foundation, Norgate and Kirkhope skillfully mix orchestral, rock and electronic elements (of a strong mid-90s vintage), creating spellbinding, subtly emotional music. Melodies are used sparingly, but with masterful judgement as to where they make the biggest impact. While the music might sometimes feel like it’s drawing characters and locations in subdued shades of grey, the score’s carefully sculpted, brooding atmospherics, flawless pacing and memorable melodies develop an almost hypnotic pull. 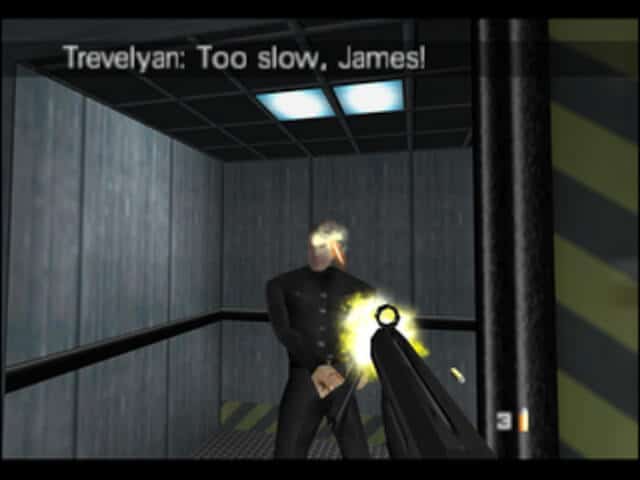 Take “Surface”, one of the soundtrack’s longest and sparsest compositions. Its enticingly cinematic opening – deep male choir vocals over circular drum patterns – expertly builds tension, before pounding timpani drive forward a lonely, heavy-hearted melody that’s perfect for the level’s barren surroundings. Norgate and Kirkhope are clearly patient enough to let each musical building block make its full impact before they add more – but equally, their music doesn’t turn monotonous either. And within its potentially limiting, hushed template of simple melodies, synth drones and constant tension, Norgate and Kirkhope achieve an impressive amount of tonal variety. Their palette ranges from the quiet menace of “Facility” and the raised stakes of the string-heavy “Bunker 2” to a reminder of Bond’s suave character on “Runway”, via more expansive string and brass overlays that bring a quantum of elegance to the soundtrack’s grittiness.

As the GoldenEye 007 soundtrack moves into its second half, it doesn’t drop its deliberate pacing and mix of traditional and modern musical elements, but still becomes more outwardly dramatic. And once more, the composers prove themselves more than capable of coming up with fresh ideas and approaches for each level. “Silo”’s harder-hitting rock rhythms carry a stuttering, nervous synth pulse which is repeated almost obsessively and successfully plays with the unnerving effects of its repetition. “Statue” and “Depot” are the soundtrack’s most traditionally orchestral efforts, displaying the composers’ abilities in this register with their classically-minded bombast and full-bodied brass declarations. “Train” is the soundtrack’s definitive statement of its hard rock tendencies, which Norgate and Kirkhope mix with a breathless percussion jam organised in complex stereo layers, mimicking the moving train in creative ways.

During its extended running time, the soundtrack gets ever more eclectic while still maintaining its focus on bringing the Bond franchise into the modern age (well, into the 1990s). Its most original concoction is “Control”, which uses suitably understated trip hop rhythms to support the album’s most unexpected, twisted renditions of the Bond theme. The best score ever to grace a Bond video game, GoldenEye 007 manages something near miraculous – it successfully reimagines an iconic franchise’s music decades into its existence.