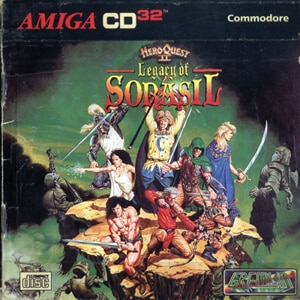 While it was based on a popular fantasy board game license, Hero Quest didn’t exactly set the video game world on fire upon release in 1991. Ultimately, it didn’t leave much more than a reasonably positive impression on reviewers and gamers. Still, developer Gremlin Interactive must have felt that there was enough life left in the license to squeeze out another Hero Quest game. Hero Quest II: Legacy of Sorasil was released in 1994, reusing its predecessor’s engine and isometric view. The game didn’t deliver many new ideas or innovations, reaping the same muted response as the first Hero Quest. The fact that Legacy of Sorasil hit store shelves towards the end of the Amiga’s lifespan didn’t help – and its showing on the Amiga CD32 was doomed by the console’s quick demise.

Hero Quest’s biggest achievement might have been its music. Neil Baldwin (on the NES) and Barry Leitch (ZX Spectrum) delivered a couple of classic fantasy scores that both made full use of the limited sound capacities of their respective platforms. For the Hero Quest II: Legacy of Sorasil soundtrack, scoring duties went to Patrick Phelan. Phelan had only entered the game industry in 1992, but quickly established himself as one of Gremlin Interactive’s go-to composers, working on its Zool, Lotus and Top Gear games. Interestingly enough, on the Lotus and Top Gear series, Phelan took over from Leitch, who had scored earlier franchise iterations – and this trend would continue with Legacy of Sorasil.

As a game, Legacy of Sorasil raised few eyebrows – and so the quality of its Amiga CD32-exclusive CDDA soundtrack is all the more surprising. Phelan wastes no time establishing his credentials on curtain-raiser “Menu”. The cue starts off as a march with a lithe flute melody leading the way, before things quickly escalate. A resolute deep string line and bell strikes widen the composition’s scope, and the flute melody is passed to the brass, turning proud and rousing. Suddenly, the track explodes into a fortissimo with an even more forceful brass melody, gaining its towering effect from the contrast between the melody’s stately progression and the maniacally swirling vortex of chromatic strings backing it. 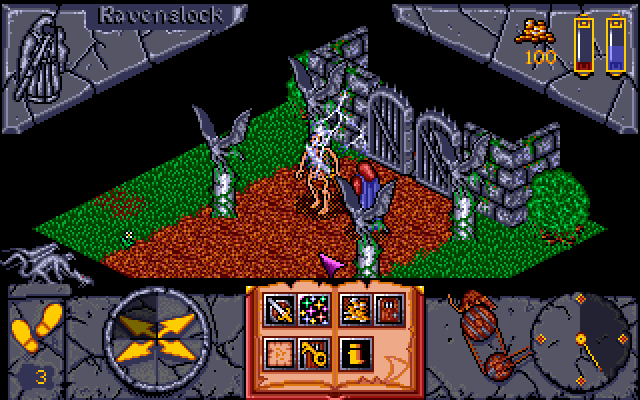 It’s a convincingly monumental passage that quickly underlines the soundtrack’s ability to impress. For the remainder of the piece, Phelan alternates between reprises of this grimly triumphant musical climax and quieter episodes that are just as skillfully orchestrated, combining a multitude of ideas into one coherent composition. And pay attention to those racing strings underneath the brass declarations – their chromatic, unexpected progressions ensure that these awe-inspiring fortissimi don’t just sound grand, but also menacing and edgy.

Indeed, the fantasy world that Phelan creates on the Hero Quest II: Legacy of Sorasil soundtrack is both imposing and untrustworthy, filled with dangers. Like on Leitch’s Hero Quest score, listeners won’t find much of the romanticism and adventurous spirit often associated with fantasy soundtracks. Leitch’s approach created a wistful, dreamy realm, whereas Phelan heads in the opposite direction. His compositions focus on the bass end of the orchestra, evoking an earthy medievalism that’s certainly not foreign to the fantasy genre – but the way Phelan uses it to broaden the scale of the game’s environments is unusual.

Take “In-Game 01”, clocking in at no less than 11 minutes. Its opening mood is moribund and forlorn, thanks to its bassoon lead (soon replaced by harmonising solo woodwind) and plodding percussion. The melody keeps repeating without ever grating, creating a ritualistic pull as if underscoring an ancient ceremony in an age-old, barren land. Dramatic, sudden brass fanfares interject at 3:20, as if the game’s world suddenly bares its fangs, followed by deep string pizzicati that sound like hammers. Then the desolate atmosphere lightens as Phelan introduces an episode for impish woodwinds and cheeky rhythms, before circling through more mood changes, including trumpet soli whose chromatic progressions subtly undermine their traditional fantasy heroism. Another highlight is an oboe lead around the eight-minute mark which sounds like the transcription of an organ melody, perfectly complementing the composition’s sombre ceremonial undercurrent. 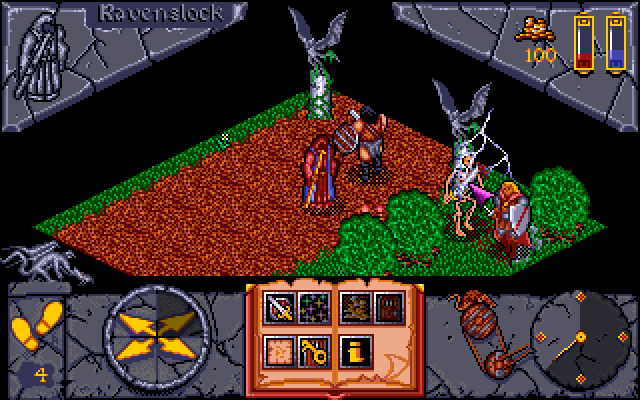 Throughout the entire piece, Phelan develops his material like a seasoned professional, while making expert use of his carefully selected range of orchestral colours. Most importantly, his focus on melodic and rhythmic repetition – evoking that earthy medievalism mentioned before – is consistent with the foundations he built on “Menu”. Whether it is that earlier cue’s grandiosity or “In-Game 01”’s constantly recurring material, the resulting sound has a monolithic quality, turning the world of Legacy of Sorasil into a vast, harsh terrain that’s still exciting and vibrant enough to invite exploration.

Such skilful orchestral writing might seem like a surprise coming from a composer who, up to this point, was best known for his synth-heavy racing scores. However, there’s Litil Divil, a little-known Amiga title released in 1993 and scored by Phelan and frequent collaborator Neil Biggin. Litil Divil’s orchestral score had no doubt shown potential, despite ultimately feeling like a collection of competently written gestures rather than full-blown, coherent compositions. The Hero Quest II: Legacy of Sorasil soundtrack then shows Phelan making true on the promise shown on that earlier game, to astounding effect.

The remainder of Legacy of Sorasil, by and large, maintains the same high standard of quality. “In-Game 02” (13 minutes long!) wades through five minutes of low-key mumblings – but then things turn more interesting. Phelan reaches back to the march rhythms heard on “Menu” and merges them with the expansive development of “In-Game 01”. It makes for a less consistent piece than “In-Game 01”, but “In-Game 02”’s combination of belligerent determination and constant melodic appeal makes for another orchestral epic that smartly rises and falls to achieve maximum effect. Its drastic dynamic contrasts again underscore a fantasy world of unpredictable menace and immense scale. It’s a domain full of roughly-hewn cathedrals and soldiers ploughing on through mud towards the battlefield, waiting in eerie silence before the ferocious clash of arms.

“In-Game 03” provides a welcome breather after the intensity of what’s come before, condensing Phelan’s ability to effortlessly develop his compositions and their melodic content into a charming three-minute cue. What starts out as the sort of piece many fantasy games use for locations like a tavern – think light dance rhythms and instantly tuneful woodwind melodies – soon becomes more elaborate. Phelan brings in a harpsichord, which takes turns with a solo flute as the track’s lead instrument. The result is an intriguing combination of medieval and baroque influences that feels entirely organic and seamless, while providing an abundance of melodic riches. It’s the fitting summary of one of Western game music’s strongest orchestral game soundtracks up to that point.

Phelan also wrote the music for the Amiga version of Hero Quest II: Legacy of Sorasil. Interestingly enough, while it uses different musical material, it’s strikingly similar in its orchestrations and mood to the Amiga CD32 score. A satisfactory score in and of itself, the Amiga soundtrack is somewhat held back by the limitations of its platform, so it ultimately feels a bit like the draft of a work more fully realised on the Amiga CD32. That being said, it is still worth seeking out.