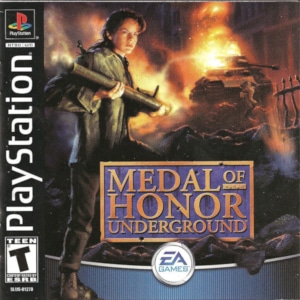 Medal of Honor strove hard to create a first-person shooter experience that left an impression on players beyond the mere satisfaction of shooting bad guys before they could shoot you. However, the fact that the game progressed the FPS genre in terms of subject matter wasn’t its most revolutionary aspect. Instead, that particular achievement would have been the wide-spread critical recognition of game music’s quality outside of the gaming community. Michael Giacchino’s Medal of Honor score fashioned itself on John Williams’ action scoring of the late 1980s and early 1990s. Astonishingly, it matched the elevated standards that come with such role models. As a result, bloggers, film score collectors and music fans in general – many for the first time – took note of the music produced for a video game.

Even more than Medal of Honor, Underground aims for historical authenticity (and thus reverence). Its main character Manon Baptiste is based on real-life French resistance fighter Hélène Deschamp Adams – who also served as a consultant on Underground. These efforts highlight the game designers’ increasing ambition to enrich action-driven gameplay through the retelling of one individual’s personal story. As a consequence, the Medal of Honor: Underground soundtrack shows greater interest than Medal of Honor in illuminating its protagonist’s psyche.

Giacchino finds a clever way to anchor this exploration of Manon Baptiste’s emotional states in Underground‘s thematic foundations. Giacchino’s simple but ingeniously implemented solution is to develop Manon’s two themes out of the same musical cell, an ascending two-note motif. After these two notes, variation “A” of the main theme leads into the Major key. It conveys a feeling of national purpose, similar to Medal of Honor‘s main theme, albeit less solemn and markedly lusher. Variation “B”, on the other hand, leads into a minor 6th chord, ending on a more thoughtful note. Adding more complexity still to Manon’s musical representation is a swelling two-note ostinato motif. This musical thought represents Manon’s determination to carry on in the chaos of battle. 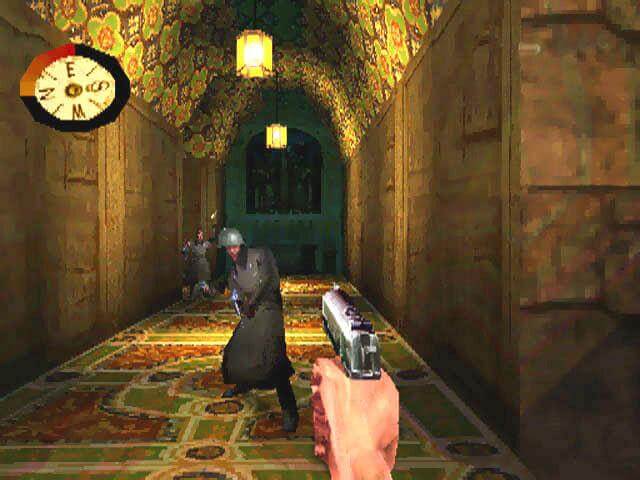 A track like “Panzer Blockade” beautifully shows how Giacchino uses these musical building blocks. First there’s a yearning quotation of the “B” variation on solo trumpet against a hammering orchestral backdrop. The music then segues into the resolve motif on swelling strings that keep on building. Despite being mercilessly attacked by other instrumental groups, the resolve motif finally erupts into a rendition of the “A” variation. This is music with a simple, yet gripping dramatic arc that provides insight into the emotions of the game’s protagonist.

To this malleable new main theme, Giacchino adds the expected return of Medal of Honor‘s domineering Nazi theme. He also continues his technique to write his action tracks as variations on a newly introduced sub motif. The result is an immensely rich tapestry that turns the Medal of Honor: Underground soundtrack into one of the thematically best developed works in the Western game music canon.

What differentiates Underground more obviously though from its predecessor than these new themes is the music’s new emotional direction. More lyrical and light-footed than Medal of Honor, Underground heralds its intentions straight away with opening track “May 10th, 1940 (Main Theme)”, which features accordion, boys choir, solo cello, and a downright romantic rendition of variation “A”. These softer, more colourful sounds signal Giacchino’s desire to broaden the score’s instrumental and thus emotional palette. This tendency is also an obvious pointer towards the operatic heart-on-your-sleeve outpourings of Medal of Honor: Frontline. 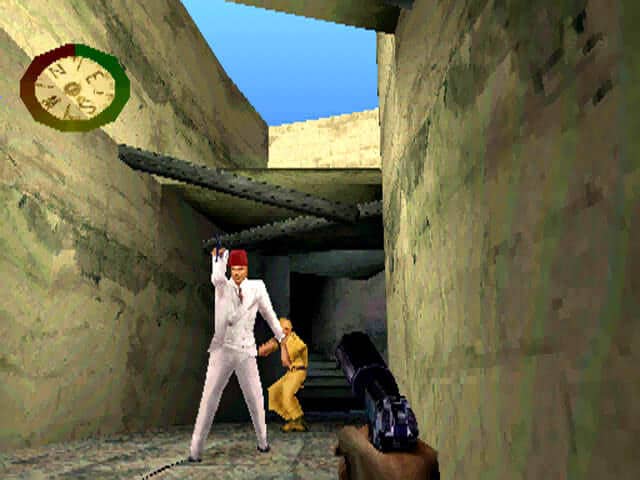 Not only are the compositions on the Medal of Honor: Underground soundtrack richer in orchestral colours than Medal of Honor. They are also more subdued and varied in their mood. Certainly, Medal of Honor knew very well when to tone down the action and integrate stealth elements into the music. On Underground however, these more hushed musings become far more dominant. And that’s only fitting, considering that the music underscores the actions of the French resistance. These men and women couldn’t hope to beat the Nazis through open confrontation, but had to rely on covert operations.

Despite all this introspection, this is of course still the score for a first-person shooter. As was to be expected, Giacchino delivers first-rate action material in spades. To his credit, he injects his battle tracks with the same sensibilities as the quieter compositions to keep things coherent. On these action tracks, Giacchino implements greater changes in dynamics and orchestration than on Medal of Honor. Additionally, a leaner overall sound, carried by strings rather than brass, gives solo instruments more room to breathe and climaxes the chance to stand out even more.

Highlights are numerous, but best of all is “The Motorcycle Chase”. The way the cue’s sub motif seamlessly interacts with quotes of the “A” variation and the Nazi theme impresses. The composition’s development includes a passage for thunderous, unaccompanied percussion, before the cue grows more and more frantic with ever thicker textures. At last, the resolve motif leads into the score’s most triumphant reprise of the “A” variation against turbulent counterpoint.

It’s a moment of boisterous orchestral bliss, and one that beautiful sums up the cerebral and emotional pleasures to be found on the Medal of Honor: Underground soundtrack, which manages to underscore both firefights and character beats masterfully.