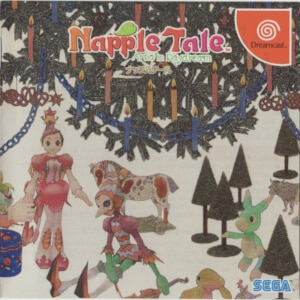 Occasionally legend is indeed more intriguing than reality. One such case is Napple Tale: Arsia in Daydream, a Japan-only Dreamcast title that initially made waves for having been developed by a predominantly (or even exclusively) female team. Unfortunately, a look at the game’s credits quickly shows that this wasn’t the case, although key design roles were indeed held by women. Ultimately, Napple Tale didn’t need these sorts of urban myths to stand apart from the competition. While not particularly challenging, the game created a wonderfully whimsical, dreamlike 2.5D world that mixed platforming with RPG elements. Around this framework, developer Chime Corporation wrapped a narrative that dealt with how the passing of seasons impacted the personality of the game’s characters.

While the game never left Japan, it did gain a certain level of popularity in the West – and that’s really due to Yoko Kanno’s involvement with this project. By the time she wrote the Napple Tale: Arsia in Daydream soundtrack, Kanno had firmly cemented her position as one of Japan’s finest anime composers, coming off the twin successes of Cowboy Bebop and Turn A Gundam (maybe the greatest score ever written for this long-running franchise). What exactly inspired Kanno to make a return to video game scoring after having firmly established her film music career is unclear. However, it’s safe to say that Napple Tale is just as outstanding as her other scores of this era.

Considering the game’s Alice in Wonderland-vibe, comical characters and colourful dream worlds, Kanno approaches the score as one might expect – no mind-bending experiments this time around, no challenging of genre norms like on Turn A Gundam. That’s not to say that there are no surprises to be found on the Napple Tale: Arsia in Daydream soundtrack. On the contrary, Kanno does draw upon a cornucopia of musical influences to bring the game’s world to live. However, Napple Tale might be the score where Kanno achieves the perfect balance between stylistic variety and consistency – the score’s genial, sunny disposition effortlessly pulls its myriad strains together.

Things kick off in predictable, but perfectly executed fashion. Tracks like “Flowers of Yesterday’s”, “Stroll” and “Cecil’s Garden” have all the pastoral beauty and melodic warmth one would expect from a Kanno soundtrack underscoring Napple Tale’s welcoming world. Interestingly, “Flowers of Yesterday’s” and “Cecil’s Garden” seem to actively avoid making any grand statements. Instead they pull at heartstrings with melodies that by Kanno’s standards are surprisingly simple, yet still immediately affecting – recalling the melodic efficiency and genius of a master like Ennio Morricone. But while Kanno reduces the technical complexity of her melodies, her orchestrations are as sophisticated as ever and the emotions she elicits are just as multi-faceted as before – only this time Kanno achieves the desired effect with simpler means.

This approach of melody writing allows Kanno to easily meld her pop-styled songs into the soundtrack’s overall template. “Dreams in a Pie”’s feather-light vocal lines float by in intricate layers on a gently propulsive, yet swooning string accompaniment that gives the vocals soaring momentum during the choruses. With its ‘la-la’ vocals and hushed string orchestrations, “Rabbit Bed” plays like an extended, exquisitely emotional lullaby. All that being said, fans of Kanno’s trademark orchestral lavishness will still find much to enjoy on the Napple Tale: Arsia in Daydream soundtrack. “Chocolate Forest” takes off in pseudo-baroque fashion with amazingly dense contrapuntal lines, as various excitable woodwind and string instruments joyfully tumble over each other. Like on the equally substantial “Skipper”, new delectable ideas and lightly-sprung rhythms emerge every few seconds, turning these compositions into showpieces for Kanno’s creativity.

Of course, Kanno also has some fun with the creative license that the game’s dream-like scenario grants her. Still, this time around her genre-hopping is less bracing and subtler than usually, always maintaining the music’s overflowing, dainty charm. The examples are numerous. “Rain Waltz” begins as the softest of waltzes, as if scared its feet might touch the ground. Initially it’s a poignant duet between saxophone and piano – before the composition picks up momentum and reaches a rambunctious climax. “Jumping Cracker” feels like an homage to Carl Stalling’s frantic Warner Bros. cartoon scores, while “Snow Queen” and “Dual Tango” see Kanno write a more than convincing flamenco and tango respectively. “Summer’s Squid”’s salsa rhythms further energise the Napple Tale: Arsia in Daydream soundtrack and allow Kanno to craft another one of her ingenious genre-benders when she adds a jazz-inspired saxophone solo. 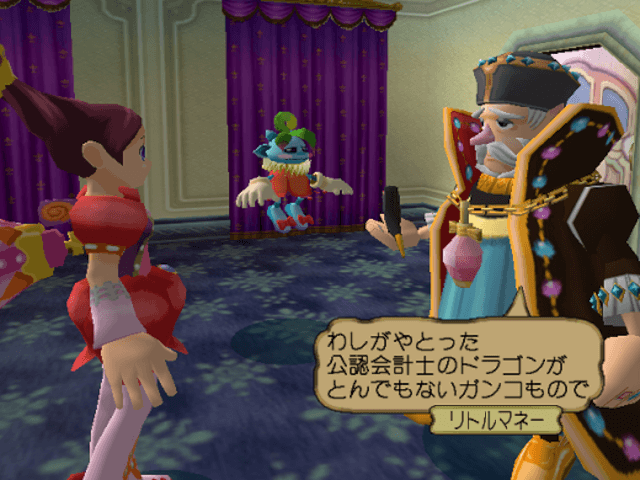 While none of this stylistic variety feels overtly disorienting, it does subtly prepare the ground for those compositions that highlight the game’s surreal streak more overtly. Thankfully, in Kanno’s assured hands, such musical oddities never fragment the score’s flow. Instead, her zanier compositions turn the world of Napple Tale into a strange yet still endearing land of humorous characters and situations.

The score’s first vocal track “Tail Song” quickly heralds Kanno’s intentions, with a sweetly unpredictable lead melody that darts all over the place. Maaya Sakamoto’s vocals lead a track that switches between genres at a drop of a hat while maintaining its sense of child-like wonder and energy. Cues like “Toy Train” and “Fjorland”, with their odd, slightly creepy harmonies and disorienting rhythms, feel like gently warped takes on children’s music staples. Taking a slightly different approach, “The Green Caterpillar” and “The Man in the Hole” are humorously bombastic parodies. “The Green Caterpillar” almost feels like Kanno’s take on Banjo-Kazooie’s bumbling bassoon melodies, while “The Man in the Hole” sees her poke fun at overblown operatic splendour.

Underneath all the playfulness lies a current of nostalgia and melancholy though – no wonder, given how much the game’s narrative circles around the inevitable passing of time. Moments like “Slow Water” hint at such emotions, as an impressionist, wonderfully meandering clarinet solo that plays like birdsong against a clear autumn sky rings out. But it’s “Paffet Room”’s consciously old-timey piano that more clearly crystallises the music’s concern with the past and our relationship to it. “Circus” presents the Napple Tale: Daydream in Arsia soundtrack’s most complex and intriguing mix of emotions – combining the upbeat strains of circus music with chromatic metallic percussion and curiously longing string and trumpet melodies set far in the distance. It’s an approach Kanno repeats on penultimate track “Sonnet”, where the soundtrack’s most romantic string melodies are placed backwardly, as if played on an old transistor radio.

Returning to the past thus remains a resolutely futile undertaking, but ultimately melancholia is swept aside by the life-affirming optimism of “Wild Wind” and the beguiling Celtic lilt of its flute leads. The cue seals Napple Tale‘s status as yet another game music classic from Kanno’s pen, unlike any other game soundtrack in its mix of joyful eclecticism and sheer sophistication.