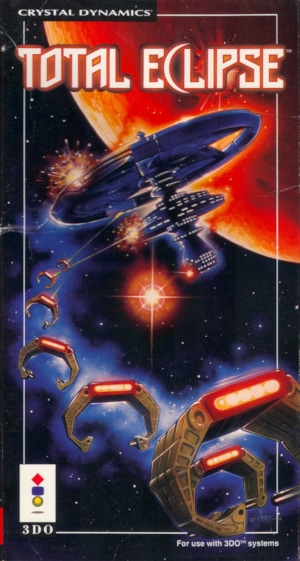 The 3DO wasn’t around for long enough to produce many classic soundtracks exclusive to the system, or which at least germinated there first. However, do some digging, and you’ll come across a few hidden 3DO music gems. One of those pleasant surprises is Total Eclipse. While not a system exclusive like Zhadnost: The People’s Party, Total Eclipse first saw the light of day on the 3DO before being ported to the PlayStation a year later – with markedly less full sound, making the 3DO soundtrack far superior. The game itself wasn’t much to write home about, seemingly only turning heads in 1994 because of its (back then) spectacular 3D graphics. The dull, repetitive space shooter gameplay found few fans, and by the time the essentially unchanged PlayStation port appeared in 1995, the once shiny coat of paint had definitely faded.

Not just Total Eclipse’s graphics are a relic of their time – the same goes for the game’s soundtrack. However, its music feels far less dated than Total Eclipse’s other design aspects. Thanks to bands like Nine Inch Nails and Ministry putting out career best-sellers, the mid-1990s saw industrial metal peaking in popular success and entering the mainstream. For the Total Eclipse soundtrack, composer Burke Trieschmann dipped into the genre’s blistering intensity that lent itself well to the game’s action-heavy gameplay. For Trieschmann, Total Eclipse and the same year’s The Horde (which won Best Musical Score from Computer Gaming World) marked a strong start to his career in game music. Having worked in the music industry since 1986 and running his own music production company, Trieschmann was to become a mainstay on games by developer Crystal Dynamics in the years to come.

The move into the 32-bit era and CD-quality sound opened the doors for music industry professionals like Trieschmann to start writing music for games. And Trieschmann – and his session musicians – are clearly having a ball while shredding through the Total Eclipse soundtrack. Effectively, almost every track here is one extended guitar solo, feeding off the fantastic lead guitar work and the way it is ably supported by the rampaging rhythm section, pounding away like a horde of angry pistons. 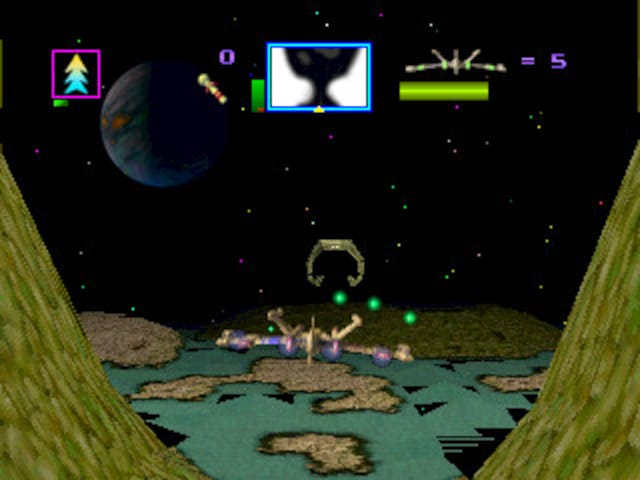 Trieschmann accomplishes an impressive balancing act on this score. On the one hand, Total Eclipse is impressively full-on, throwing a raging wall of sound at listeners that’s drunk on adrenaline and constantly fun in its reckless pedal-to-the-metal attitude. At the same time, the music rarely becomes overbearing or suffocatingly dense. Interestingly enough, the less-than-superb album production might actually be an asset. While the instruments aren’t rendered with as much force as they could be, there’s a lightness to the album’s sound that makes the constant instrumental onslaught easier to stomach. Rarely does the music turn obnoxiously in-your-face – only the drum programming on “Mission 5: Sun Dagger – Metal” sees Trieschmann becoming too trigger-happy with those lightning-fast, ultimately tiresome drumrolls.

Thankfully, the remainder of the Total Eclipse soundtrack uses programmed drums more judiciously while never skimping on sheer force and impact. First level track “Mission 1: Aqueous Major – Swamp” establishes the score’s industrial rhythmic base right away, fitting nicely with the game’s futuristic setting. On “Swamp” and a few other tracks, Burkemann actually keeps rhythms grooving and bopping rather than constantly head-banging, giving listeners some moments of reprieve. “Swamp”’s guitars equally have more than just one default setting. While there are more than enough virtuoso guitar heroics on display here, Burkemann also writes several beautifully melodic sections for his lead instrument.

Other level tracks keep adding small flourishes and additions to the Total Eclipse soundtrack’s metallic formula to keep things reasonably varied. “Lava” opens with urgent string orchestrations over brazen guitar sounds, which later turn into big, ringing riffs and melodies that aim for that humungous, canyon-filling rock sound. However, the track’s brightest idea is the addition of a saxophone to the ensemble (predating ‘Splosion Man’s similar instrument mix by quite a few years). The track hits its fantastically energetic peak when guitars and saxophone duel in a scorching standoff. “Lava Boss” scores points by simply being the soundtrack’s most madly rushing cue, with hair-raisingly fierce guitar soli. “Desert” takes things into speed metal territory, throwing listeners into the deep end with its all-guns-blazing approach. 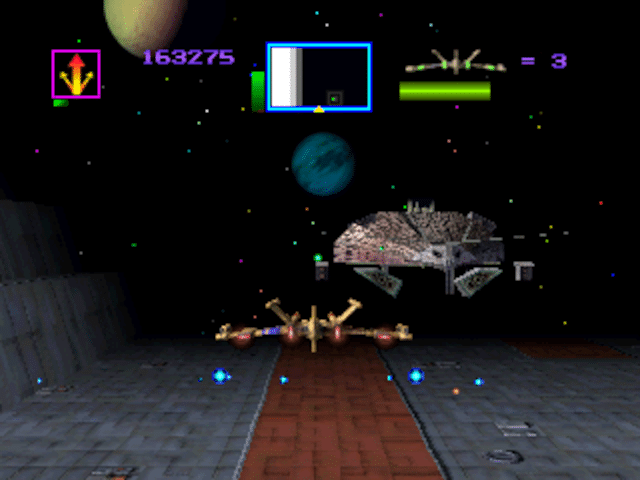 What’s truly impressive is that Trieschmann keeps energy levels so consistently high on tracks that can run for up to eight minutes, like the saxophone-enhanced “Ice Boss”. What keeps these tracks racing through outer space is the feeling that these are fantastically intense live jams, each band member invited to throw in the heaviest, fastest material they can think of. Despite the soundtrack’s pronounced artificial nature (particularly the programmed drums), Total Eclipse manages to preserve a sense of spontaneity and fun, of talented musicians getting together and having a fabulous time – rather than everything evolving around pre-programmed instrument patterns. It also helps that Trieschmann doesn’t mind a bit of good-natured zaniness – the banjo solo on “Ice Boss” comes entirely out of nowhere but immediately raises a smile.

Trieschmann bookends the Total Eclipse soundtrack with a couple of more cinematic tracks that nicely frame the score and underscore its sci-fi setting. Opening cue “Orion” sounds more like an end credits piece, with an anthemic drum beat whose constant forward drive contrasts beautifully with the languid nature of the atmospheric synth pads and acoustic guitars. The interaction between the two elements gives “Orion” a great sense of drama that is more than a bit reminiscent of Blade Runner’s staff roll cue. “Credits” switches the soundtrack’s gears from metal to electro-pop. It maintains the grittiness of what came before but gives the music a brighter twist. If there was still any doubt whether Trieschmann can write great melodies, “Credits”’ synth hooks and their flair for big dramatic gestures put that conversation to rest. Total Eclipse’s music might be a time capsule, but it recalls a (short) era worth remembering.