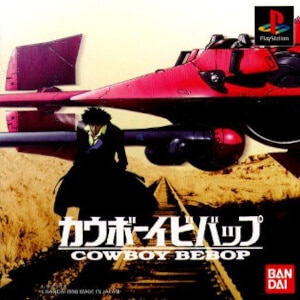 After a somewhat rocky start (that initially didn’t even see all episodes screened), Cowboy Bebop went on to become one of anime’s cultural milestones – on both sides of the Pacific. Setting itself apart from almost anything else produced for TV animation in either Japan or the USA, Cowboy Bebop merged disparate genres and visual styles in ways that helped the series introduce many new Western viewers to anime. Its cross-cultural appeal was partially based on its use of tropes that were familiar to Western audiences – Western, pulp fiction, film noir and cyberpunk (all within a space opera setting). Shinichirou Watanabe’s creation turned out to be popular enough to spawn a movie sequel and feature on many ‘best of’ lists in the years that followed.

As one would guess by looking at the series’ title, music played a crucial role in its eclectic aesthetic. Not surprisingly, the collaboration between director and composer on Cowboy Bebop was closer than usually – and the result was one of the most distinctive, attention-grabbing anime scores ever written. After her breakthrough with the orchestral fantasy masterpiece that was The Vision of Escaflowne, Yoko Kanno changed gears in spectacular fashion. Using jazz (and its many permutations) as the basis for Cowboy Bebop, Kanno branched out into a dizzying array of genres. She successfully dappled in everything from blues and metal to country music and opera, matching the series’ free-wheeling stylistic approach. Ultimately, Cowboy Bebop cemented Kanno’s status as one of anime’s foremost composers, able to seemingly nail just about any musical genre.

END_OF_DOCUMENT_TOKEN_TO_BE_REPLACED