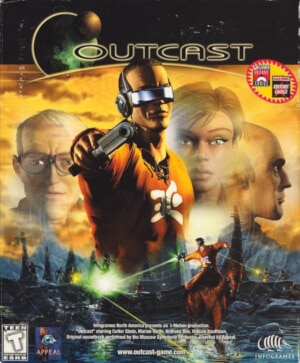 Being a pioneer is rarely easy – and your efforts might go initially unappreciated. Such was the fate that befell Outcast, a sci-fi action adventure game that was revolutionary in more than one way. Its concept of a three-dimensional open world that players were free to explore preceded other games of this ilk like Grand Theft Auto III by several years. Then there was Outcast’s voxel-based graphics engine, which produced a stunningly realistic extraterrestrial world – more successfully maybe than any other game before it. That visual splendor came at a cost though. Back in 1999, only the most powerful PCs were able to properly run the game. Of course, that limited any opportunities for financial success, and a Dreamcast port and planned sequel remained unreleased. However, Outcast created a legacy among gamers that was strong enough for a remake – Outcast: Second Contact – to be released in 2017.