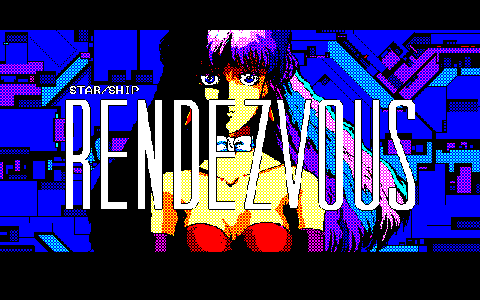 At first glance, there is precious little setting Starship Rendezvous apart from the glut of doujin games released during the late 1980s and early 90s on Japanese home computer systems. The game’s laggy, basic top-down shooter gameplay is spread across only four levels. To make matters worse, gamers could only shoot one bullet at a time – and then had to wait for it to leave the screen. At least enemies would only notice players when they ended up in their direct line of view. Then again, none of this was really the point of the game – that would be the “boss” fights against female characters in various states of undress. Yes, it’s an adult game, and per (almost) usual, the gameplay is a mere afterthought.