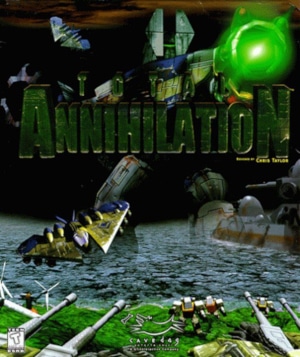 There’s no doubt that real-time strategy games peaked in popularity during the second half of the 1990s. Their commercial success was kickstarted by the hugely popular Command & Conquer and Warcraft II: Tides of Darkness. For a few years, RTS games were all the rage (not that the genre is dead now). As a result, a glut of similarly-themed products soon hit the shelves. Differentiation – either by quality, innovation or style – became paramount for more ambitious developers.