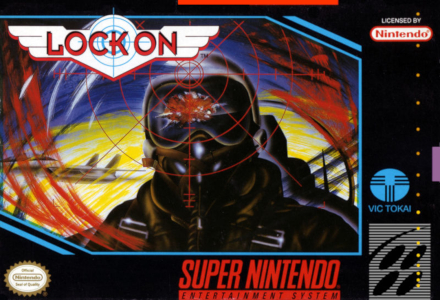 Using the SNES’s famed 3D capabilities for a combat flight simulator seems like an obvious choice. However, despite the popularity of After Burner-style games in the late 80s and early 90s, not many titles of this kind were released on the SNES. One of the few SNES flight simulators was the blandly-titled Lock On (not that the Japanese release name Super Air Diver made any sense, but it sure sounds more fun). For post SNES-era gamers, the best way to view developer Copya System‘s Lock On is probably as a kind of simplified Ace Combat. Some of that simplification was inevitable, given that the SNES’ famous Mode 7 could only generate 3D graphics of limited complexity. However, in the eyes of many reviewers, the bigger issue was the monotonous mission and gameplay structure that distracted from the game’s fluid, fast graphics.