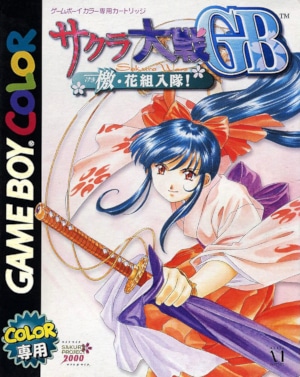 While seeing Sega franchises appear on Nintendo consoles has become common, back in 2000 – when Sega still had a stake in the console wars – the situation was very different. It was all the more surprising then that Sega decided to port one of its franchises – Sakura Taisen – to the Game Boy Colour (it’s worthwhile mentioning that less than one year earlier, the Neo Geo Pocket Colour had received a Sonic the Hedgehog port). Maybe not surprisingly, Sakura Taisen GB’s developers didn’t attempt to replicate the scale of previous franchise titles on the small handheld console. Instead, the game proceeds more along the lines of a dating-sim, with players controlling a character who spends a month training and living with the Hanagumi group of theatre actors/defenders of the planet.