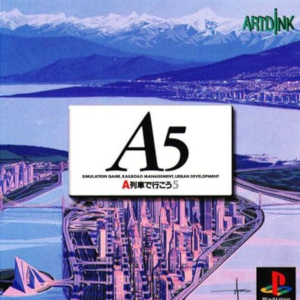 Few game series have shown as much longevity as the A-Train franchise. From the very first A-Train game released in 1985, the series gathered a reputation for delivering the most in-depth treatment of its subject matter gamers could ask for. Due to the corporate structure of Japanese railroad companies – which own all the stations, land and trains associated with the services they deliver – the A-Train games were always about more than just laying down train tracks and figuring out timetables. Instead, they were full-blown city-building simulators with a strong focus on rail infrastructure. The series was successful enough in Japan to pique the interest of overseas publishers (including SimCity’s Maxis) in the mid-1990s – although Western gamers seemed less interested than their Japanese counterparts. Thankfully, some decades later, digital distribution made it possible for franchise entries like A-Train All Aboard! Tourism to still reach Western shores.