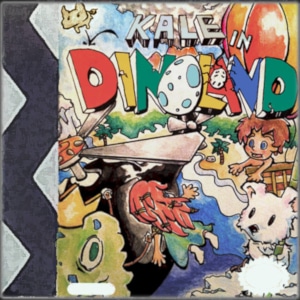 How to stand out from the deluge of retro-inspired indie games that have flooded mobile devices and other platforms? Game developer The Rotting Cartridge went with an intriguing, if cheeky idea. Just pretend that your new game is a port of a forgotten Game Boy title released in 1992. Of course, Kale in Dinoland was no lost classic from the olden days of gaming. Instead, it was simply a new 2D platformer, clad in those monochrome graphics that millions of gamers will fondly remember.