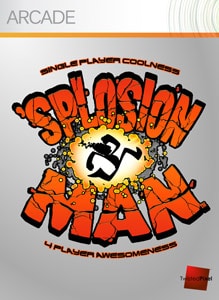 You’ve just got to appreciate titles like ‘Splosion Man that take one particular, fun aspect of video games and build their entire gameplay around it. In this case, that common video game element is – of course – explosions. No matter if you’re trying to solve the game’s platforming puzzles, kill enemies, or simply jump – all it takes is an explosion from the game’s self-combusting protagonist.