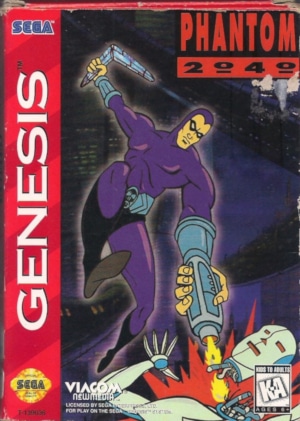 Phantom 2040 probably never stood a chance. Firstly, it was released towards the end of the 16-bit era on SNES and Sega Genesis. Secondly, it was based on the TV series spin-off of a comic book licence that wasn’t hugely popular to begin with. It was no surprise then that Phantom 2040 was largely ignored by gamers – but it did find some traction amongst contemporary reviewers. And over the years, the game’s reputation only seems to have grown. With its ambitiously non-linear, Metroidvania-style level design, Phantom 2040 is now widely regarded as a forgotten gem of the SNES and Genesis game libraries.