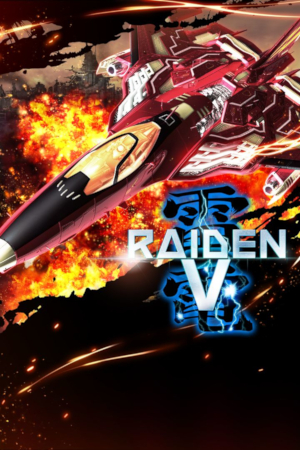 You’ve got to appreciate true dedication. Take the development staff of Seibu Kaihatsu, creators of the Raiden franchise. The company slid into financial woes from the late 1990s and focused on adult mahjong arcade games. However, its staff members left Seibu Kaihatsu, formed a new company called MOSS, bought the rights to the Raiden franchise – and ensured that its legacy would continue through several new instalments. After creating the franchise’s third and fourth titles, MOSS hit a milestone with Raiden V in 2016 – an impressive 26 years after the original Raiden hit arcades. As with previous franchise titles developed by MOSS, Raiden V picked up solid – if not always ecstatic – reviews. Not surprisingly, Raiden V introduced few innovations to the formula that the series had thrived on, but once again promised solid bullet hell-entertainment (that was slightly more accessible to novices than previous Raiden games).