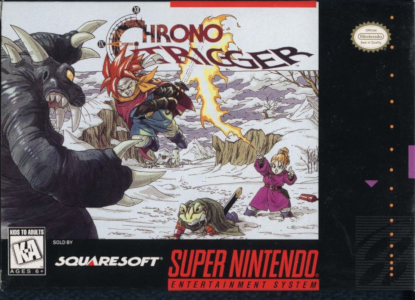 Yes, they don’t make them like they used to. Consider how Chrono Trigger, one of the greatest RPGs of all time, came about more or less by chance – not something you would see in today’s world of multi-million dollar productions that need to please stakeholders. Hironobu Sakaguchi (creator of Final Fantasy), Yuji Horii (creator of Dragon Quest) and Akira Toriyama (creator of Dragon Ball and Dragon Quest character designer) attended a computer graphics convention in the US. There, they got talking about their work in console RPGs, started to trade ideas back and forth – and the result was the appropriately titled “Project Dream”, spearheaded by a true all-star team. However, equally as important was the work of a relative industry newcomer – Masato Kato, who would write the script for one of the stranger and more mind-bending SNES RPG narratives out there. END_OF_DOCUMENT_TOKEN_TO_BE_REPLACED