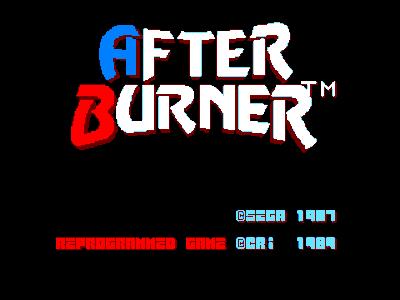 Sega’s After Burner was such a smash hit in arcades that the game was ported to an astonishing number of console and home computer platforms. Of course, thanks to the power of After Burner’s X-Board arcade technology, none of the contemporary ports matched the original game’s sense of speed and visual fireworks. In some cases – such as the European C64 release – one might argue that developers should never have attempted a port in the first place. Out of all the many adaptations of After Burner, the FM Towns version came closest to matching the arcade original – not a surprise, given the platform’s powerful hardware that bested contemporaries like the Sega Genesis or the PC Engine.