Roberts’ vision for Wing Commander was to create a full-blown space opera à la Star Wars. The orchestra intro in Wing Commander shows that Roberts knew how hugely important music was for his dream project to play like a swashbuckling space opera. The intro also serves as a curtain raiser that heightens expectations. The show is about to start, and it’s going to be of grand proportions. And of course, the sight of the orchestra announces the composers’ symphonic ambitions – a rarity for a 1990 video game. Rarely has a 25-second game intro carried so much meaning and context.

END_OF_DOCUMENT_TOKEN_TO_BE_REPLACED 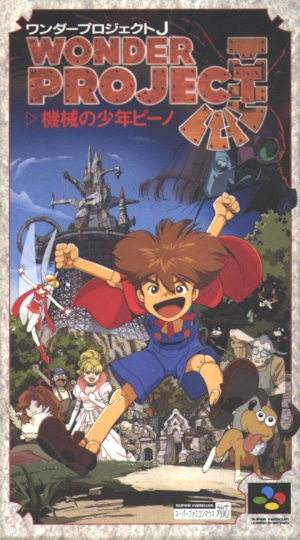 END_OF_DOCUMENT_TOKEN_TO_BE_REPLACED

After scoring Wonder Project J like the world’s most lavish children’s movie, Akihiko Mori returned for Wonder Project J2 – writing his last major score before he would pass away in 1998, at the age of 31, from stomach cancer. Drawing parallels between a composer’s life circumstances and the music they produce is often a fraught undertaking, but it’s hard not to take note of the Wonder Project J2 soundtrack’s wistful mood without thinking of what was ahead for Mori.