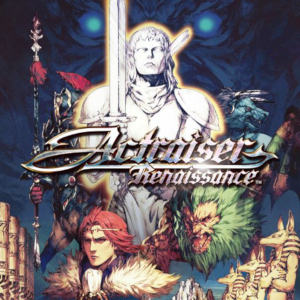 One of the most fondly remembered games of the first generation of SNES titles is Actraiser. Only the fourth SNES game to be released in Japan, Actraiser was developer Quartet’s first project. It was the beginning of an auspicious career that would see the company create some of the most memorable SNES projects. Actraiser was the rare game that offered something unique at the time – a combination of side-scrolling platforming action and city-building simulation. The whole concept was held together by Actraiser’s mythical narrative, pitting a protagonist with god-like powers against the forces of darkness. Unfortunately, 1993’s Actraiser 2 met with a less enthusiastic response, after it focused entirely on (punishingly difficult) platforming. And so, the franchise stopped dead in its tracks, seemingly forgotten by new rightsholder Square Enix – until out of nowhere, the company announced remake Actraiser Renaissance in September 2021.