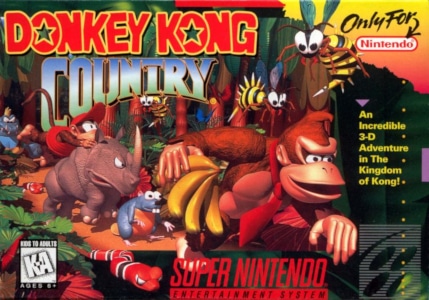 While it was the game’s quasi-3D graphics that made waves back in 1994, what has arguably aged better is the Donkey Kong Country soundtrack. For the first time in Rare’s history, David Wise was joined by co-composers: Eveline Fischer (now Novakovic) and Robin Beanland. The latter’s contribution only extended to one track (“Funky’s Fugue”) that Wise converted to run on the SNES. Fischer – recently graduated from college – on the other hand contributed seven compositions. The soundtrack was one of the very first Western game scores to receive a commercial release – on both sides of the Pacific.