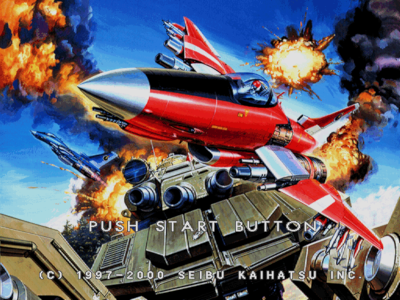 Raiden DX is the perfect example of why it got difficult keeping up with the Raiden franchise and its music at some stage. The game is effectively an updated version of Raiden II, making it the strongest entry in the franchise’s classic period. Recycling levels from Raiden II and mixing in completely new stages, Raiden DX presents its content via three different courses players can take. One is essentially a reprise of Raiden II. The other two modes consist of one massive level and of a whole new set of stages that increase Raiden II’s already considerable difficulty level. A full three years after its 1994 arcade release, Raiden DX received a PlayStation port that added more bonus goodies, including new options and a demo of developer Seibu Kaihatsu’s puzzle game Senkyu.

END_OF_DOCUMENT_TOKEN_TO_BE_REPLACED 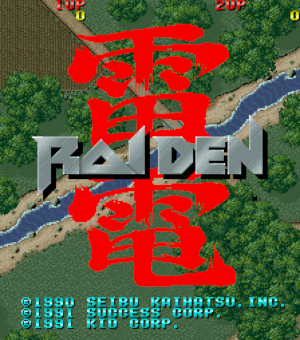 You could argue Raiden wasn’t a terribly innovative or flashy title, released at a time when there was no shortage of shoot’em ups jostling for the genre throne. Still, Seibu Kaihatsu’s game turned into one of the best-known vertical shoot’em ups, spawning an extensive franchise that would see new games released even decades after Raiden first delighted arcade audiences in 1990. What did set the game apart from the competition was not just its refinement of existing gameplay concepts but also its almost proto-bullet hell approach, filling the screen with tons of projectiles. As would befit a popular shoot’em up from the genre’s golden era, Raiden was released across many computer and console platforms. Likely the best contemporary port was the FM Towns conversion – a familiar story at the time, given the platform’s superior processing power.