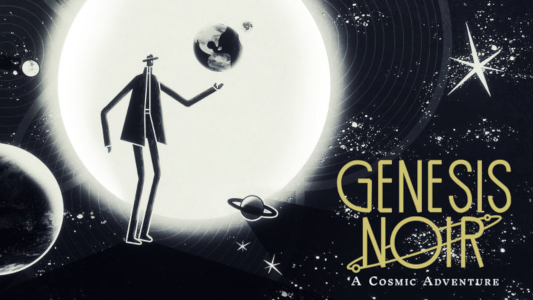 Few 2021 games were as deliciously high-concept as Genesis Noir. Its gameplay – inspired by point-and-click adventures – was relatively sparse and straightforward. What really set Genesis Noir apart were its unique art style and narrative. True to its title, the game mixed a film noir story with musings on the nature of man, time and the universe. More to the point – Genesis Noir used the events of the Big Bang as a metaphor for the archetypal crime story of a jealous rival trying to kill the protagonist’s former lover. It is now up to our hero No Man – a watchmaker representing time – to alter the course of history, just as the universe is about to come into existence. In the making since 2014, Genesis Noir was well-received by critics upon release, even though several reviewers pointed out that the game resembled an animated movie, allowing only for limited player interaction.