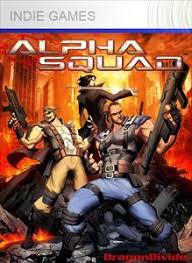 Alpha Squad was a deliberate throwback to the top-down arcade-style shooters from the 80s and early 90s. Stemage’s metal chops certainly marked him as a fitting candidate to score the action-filled mayhem. Developer Dragon Divide had acknowledged that much when they contacted Stemage to write music for Alpha Squad. At the same time, his soundtrack would need to strike a significantly more upbeat note than his Metroid Metal output to match the game’s tongue-in-cheek approach and no-frills gameplay.

Stemage rises to the occasion with assurance and ease. His approach mirrors that of the game itself, marrying old school virtues with an up-to-date presentation. That means: focusing on what was best about 8- and 16-bit run’n’gun scores, and present it with live instruments. Stemage duly observes the musical conventions of classic 2d action games and this brings about significant changes to his approach. His compositions on the Alpha Squad soundtrack are far more melodic than anything he had written up to this point. Not only does Stemage find a handful of short, punchy guitar melodies for almost each track. What’s more, he’s happy to play them over and over again, building each cue around such hooks to make the most of these catchy tunes and embed them deeply in listeners’ memory banks. 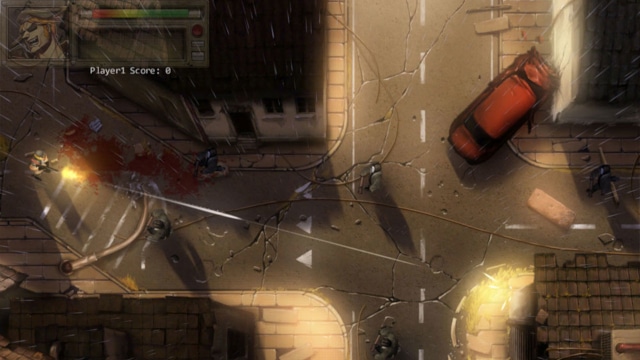 His approach pays off in spades from the start with opening track “Alpha Squad Theme”. Lovingly paying homage to its genre predecessors, it’s a theme that’s full of bravado and just the slightest bit cheesy. True, the song relies almost a bit too much on similar variations of the theme. But that won’t change the fact that you’ll be humming this melody right after the first listen.

There was never any doubt that Stemage also has the skills to pull off more complex guitar material than these ingratiating tunes. But Stemage never turns this solo outing into a mere shred fest. He always puts melodies and concise song-writing first, while leaving space to wrap his tracks in increasingly complex guitar textures. In short, it’s the perfect balance between guitar showmanship and melodic instincts. The latter often bring a distinct and welcome pop influence with them, best heard on “New City”.

That’s not to say that Alpha Squad is lacking in fiery power and steely riffage – far from it. “City” will have metal fans grinning and giving their neck muscles a good workout. Pummelling drums, aggressive rhythm guitars that are served well by a powerful album recording, and an edgy, yet melodic guitar solo: they all make for a track full of ferocious tension that grabs you by the throat from the first note and doesn’t let go — and you’ll be all the happier for it. 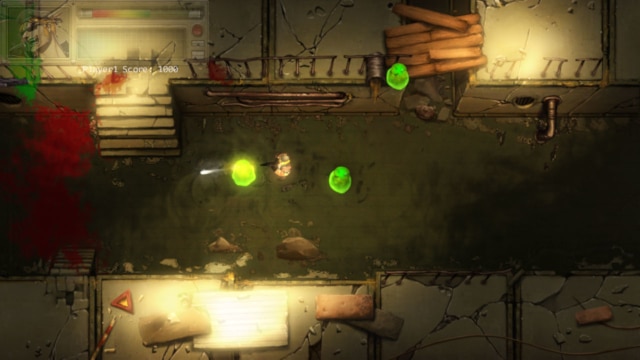 In interviews, Stemage professed to the daunting nature of writing music that had to address a certain location or mood. Of course, he easily clears this hurdle as well on the Alpha Squad soundtrack. Examples are plentiful. “Jungle” and “Haunted” both create a claustrophobic atmosphere through similar means, but still emerge as distinct tracks. “Haunted” takes the aggressive riffs of “Boss” and slows them down to establish an oppressive, suffocating mood. “Jungle” ratchets up the stifling attitude of “Haunted” and throws a constant barrage of pulverising riffs at the listener, as the unbearable humidity and walls of impenetrable foliage close in.

Other location tracks take a less fierce approach and audibly delight in painting their settings through colourful instrumentations. “Winter” follows a slightly more complex structure, moving from a calm opening to another vigorous guitar work out. Chiming, repetitive guitar phrases work their chilly magic on what is arguably the Alpha Squad soundtrack’s most subtle and best-developed cue. You wouldn’t expect metal’s raucous energy to gel well with the static nature of your typical ‘snow stage’ music. And yet, Stemage makes it work.

Indeed, the Alpha Squad soundtrack’s biggest artistic achievement might be this kind of variety. It’s a common assumption that metal is a fairly one-dimensional affair, with the volume and aggression levels constantly reaching 11. Stemage’s beautifully intricate, creative work here proves this stereotype wrong over and over again. His melodic metal formula adapts to the game’s different locations and scoring requirements with complete ease and unquestioned success, resulting in one of game music’s best – and most fun – metal scores.