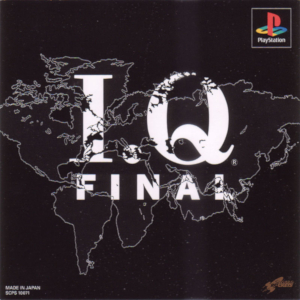 Thankfully, the 32-bit era still had a place for games that were visually extremely simple yet featured addictive gameplay. One such title was 1997’s PlayStation puzzler Intelligent Qube. It was designed by Masahiko Sato, a professor and digital artist working at the Tokyo University of Arts. Controlling Intelligent Qube’s protagonist, gamers had to clear wave after wave of approaching cubes by marking spots on the stage – floating in the blackness of space – waiting for the cube to roll on top of it. Like the best puzzlers, Intelligent Qube used such an extremely simple gameplay premise – according to Sato designed within an hour – to build an engrossing experience. The result was critical and commercial acclaim – by the end of 1997, the game had sold an astonishing 750,000 copies and won the Excellence Award for Interactive Art at the 1997 Japan Media Arts Festival.