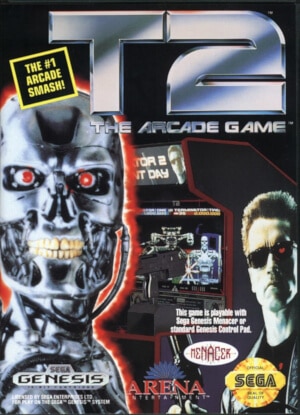 
Game developers certainly didn’t pass up the opportunity to make the most of the blockbuster juggernaut that was Terminator 2: Judgment Day. At the time the third-highest grossing movie worldwide (behind Star Wars and E.T. the Extra Terrestrial), James Cameron’s work prompted numerous video game adaptations. In fact, when Midway Manufacturing Company ported their arcade rail shooter Terminator 2: Judgment Day to home consoles, they had to change its name to T2: The Arcade Game, to differentiate it from the already existing T2 games. That didn’t stop Midway Manufacturing Company from porting the game to as many platforms as possible – even to those that don’t seem like obvious candidates for a rail shooter (the Game Boy?)

END_OF_DOCUMENT_TOKEN_TO_BE_REPLACED 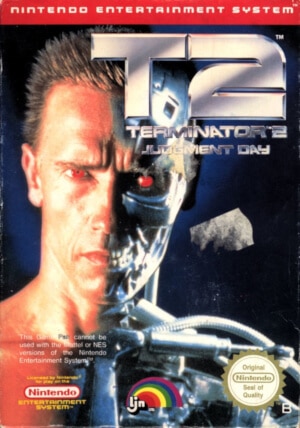 
If you take a closer look at the history of movies and their video game adaptations, James Cameron’s 1991 Terminator 2: Judgment Day emerges as a watershed moment. At the time of its release, T2 became one of the highest-grossing movies of all time worldwide. Its futuristic, action-packed plot and revolutionary visuals made T2 an obvious candidate for a video game adaptation. What’s more, the film was released at a time when the home video game market had diversified and matured, to the point where it could support two console generations simultaneously. The result was a glut of T2-related games, followed soon by numerous titles based on The Terminator. The creators of Terminator 2: Judgment Day were certainly aware of video games’ commercial potential. After all, the film’s end credits finished with a message reading “Play the hit Nintendo game from Acclaim/LJN Entertainment.”

In the end, that game took nearly seven months to arrive, hitting the NES in 1992, with conversions to the Master System and Game Gear to follow. Coming from LJN, few contemporary reviewers were surprised to find the game a frustrating, at best middling affair – although the developers at Software Creations had at least made an effort to follow the film’s story line closely. Where the game really shone was with its soundtrack, penned by Geoff Follin on one of the few occasions where he didn’t share scoring duties with his brother Tim.

END_OF_DOCUMENT_TOKEN_TO_BE_REPLACED

Discussing Tommy Tallarico’s contribution to video game music can be a frustrating undertaking. On the one hand, there’s no doubt that he has helped to popularise game music like few others artists. His Video Games Live concerts have been a tremendous success, bringing game music to huge live audiences. On top of that, Tallarico has been instrumental in giving game composers better representation in the music industry through the foundation of G.A.N.G. (Game Audio Network Guild).

Unfortunately, for Tallarico the promotion of game music seems to go hand in hand with the promotion of his rock star persona. His claim to be “considered the person most instrumental in changing the game industry from bleeps & bloops to real music” is one example of his outsized claims to fame that are contentious, to say the least. Compounding matters is the fact that the majority of Tallarico’s scores don’t live up to the hype. Starting with the Game Boy conversion of Prince of Persia, Tallarico’s soundtracks usually fall somewhere between average and promising. However, they rarely stand out as classics, despite their at times fantastic sound quality, for example on the Sega Genesis version of Cool Spot.