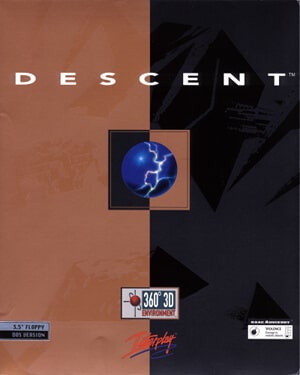 Tracing the Descent soundtrack’s creation is a mildly confusing affair, thanks to the game’s various ports. The original PC release came with a MIDI soundtrack composed by Ken Allen, Brian Luzietti, Larry Peacock, Leslie Spitzer, Jim Torres and Tim Wiles. Some of these artists had previously worked on other titles by publisher Interplay. Others don’t seem to have had much of a career in games outside of the Descent franchise. The score was heavily influenced by industrial music bands like Nine Inch Nails, Skinny Puppy and Front Line Assembly – no surprise, given this particular genre reached its peak of popularity in the mid-1990s. The Mac and PlayStation ports released later on used CD audio, including arranged versions of some of the PC MIDI compositions and licensed tracks by Nivek Ogre and Type-O Negative.

Needless to say, the MIDI tracks pale in comparison to the far more powerful, fully-fledged CD audio cues. Interestingly, the Mac and PlayStation soundtracks aren’t identical. The preference for the Mac score comes courtesy of a curated soundtrack release via GOG. In contrast, the PlayStation soundtrack is a confusing combination of licensed material, reprises of the Mac cues and new compositions. What’s also intriguing is that the credits for the Mac port list Johann Langlie and Larry Peacock as responsible for “CD Music”, “partially based on music by Brian Luzietti, Larry Peacock, Tim Wiles (Q), Jim Torres”. In other words, does this list imply that Ken Allen and Leslie Spitzer’s contributions to the PC score didn’t receive any CD audio treatment? 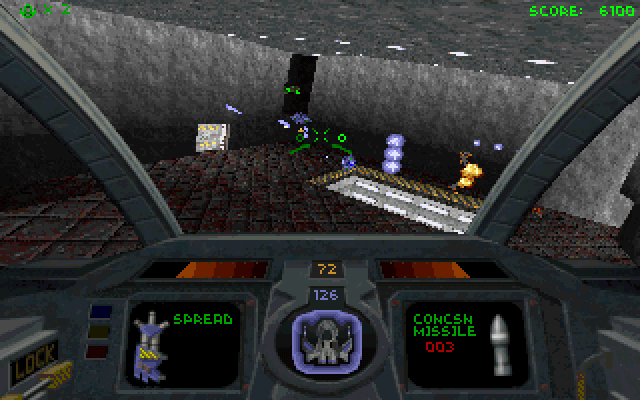 Be that as it may, there’s no need to ponder these questions for too long. After all, what counts is that the Descent soundtrack is a masterful exercise in maximalist genre-bending, a monumental beast of a game score written during a time when composers discovered the joys of working with live instruments – throwing caution and restraint to the wind in the process. Yes, this is clearly music inspired by contemporary industrial metal and electronic influences (similar to Burke Trieschmann’s best scores). However, Langlie and Peacock’s pieces mash such a staggering amount of ideas and styles together that their score emerges as something entirely original. It’s a constantly intense and innovative work, but equally blessed with such assured pacing that the music’s relentless attitude never becomes overbearing.

“Title” stakes the composers’ claim to fame firstly with a runtime of no less than six minutes – setting a template for the rest of Descent soundtrack, where most tracks enthusiastically cram in so much that they can’t help but break through the five-minute mark. “Title” alone circles through more styles than other game soundtracks in their entirety. There’s trippy 90s electronica, squealing free jazz saxophone leads, hauntingly atmospheric synth leads, noisy guitar episodes driven by textural exploration rather than melodic gratification. It’s all anchored by hand percussion rhythms that imbue the music with a surprisingly organic groove, elegantly countering the cue’s densely arranged electronic elements.

The constant onslaught of complex rhythm layers on “Title” and throughout the entire Descent soundtrack is not just a sign of the composers’ ambitions, but the resulting wall of sound also suitably underscores the game’s futuristic, claustrophobic locations. Thanks to its seamless construction, “Title” is not just gritty and adrenaline-pumping, but also convincingly expansive and spacious in its world-building – if one had to find an industrial game score that genuinely deserves the designation ‘epic’, it’s this one.

And it only gets better from here – Langlie and Peacock keep realigning the musical colours on the Descent soundtrack’s massive palette for each track. “Lunar Outpost” introduces hip-hop beats and a fantastic, almost funky bass line that keeps the centrifugal musical forces from spinning out of control. It’s one of the many occasions on which Langlie and Peacock innovate, eschewing industrial music’s trademark pumping, clanging rhythms for something warmer and more groove-based. That doesn’t stop “Lunar Scilab” from starting with what sounds like pistons mercilessly firing away, before the composers introduce one of the soundtrack’s trademarks. We are talking about almost experimental guitar work that tweaks the instrument’s riffs into their most aggressive, torn shape possible, distorted almost beyond recognition. Such noise metal inclinations will come to dominate the soundtrack more and more, but first, “Lunar Military Base” surprises with a brief, welcome excursion into melodic 1970s hard rock.

For any soundtrack that already starts at 100%, it’s hard to find places to go as the big showdown approaches, but the Descent soundtrack pulls off this rare feat. “Venus Atmospheric Lab” feels like a tidal wave that’s about the crush listeners as it cranks up every single one of its components to 11 – be that the album’s heaviest, most singled-minded beat, an apocalyptic staccato synth figure or blindingly dissonant guitar riffs. That the whole thing comes together organically without collapsing under its own weight is further testament to the composers’ skills. “Venus Nickel-Iron Mine” ’s progressive techno gives way to the almost hypnotic nightmare that is “Mercury Core” ’s combination of downright catchy rhythms assaulted by some of game music’s most abrasive guitar lines.

And thankfully, “Titan Mine” is precisely the kind of jaw-dropping freight train of a closing track that this kind of album demands. The cue moves smoothly from eerie sound collage to a groove-oriented hard rock sound that is soon undermined by a stumbling, disorienting synth line – only to explode in a savagely pounding industrial metal outburst. Such frightening whiplash isn’t all that “Titan Mine” has to offer. Listen to how the composers layer their competing musical ideas as the piece keeps building into the sort of majestic, magnificently controlled chaos only very, very few scores ever achieve. Matching Descent’s elevated standing in game history, its soundtrack is a momentous achievement – industrial music at its most excessive and yet tightly controlled.