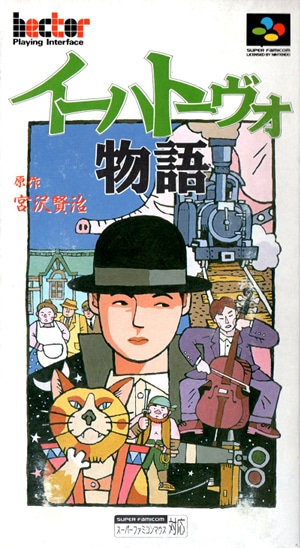 Looking at Japanese developer Hect’s gameography, it’s easy to assume they produced few titles that were in any noteworthy, instead focusing on undistinguished simulation games. But look more closely, and you’ll find Moon Crystal, a surprisingly polished NES platformer, released in 1992. And then there’s the following year’s Ihatovo Monogatari, easily Hect’s most ambitious – and unusual – release. An adventure purely built around exploration – no riddles, battles or other interruptions present – Ihatovo Monogatari was based on Japanese author Kenji Miyazawa’s writings. The game’s locations and characters drew upon several of Miyazawa’s stories, while “Ihatovo” was a made-up word Miyazawa had created to refer to a rural utopia inspired by his hometown of Iwate. Naturally only released in Japan, Ihatovo Monogatari’s distinctive nature has seen it continuously garnering praise as one of the SNES’ hidden gems.