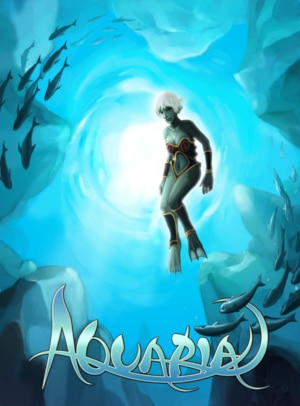 One thing that helped the Aquaria soundtrack break through is that the game placed music front and centre. It all starts with the ‘verse’, a twelve-note melody that the game’s developer and composer Alec Holowka came up with. Using the verse theme throughout the soundtrack, Holowka realised it was actually well suited to become a major plot point and gameplay mechanic.

Weaving music and narrative together so closely naturally has consequences for the Aquaria soundtrack. The most obvious one is the constant presence of the verse theme. In its most common representation (often on flute), it is an expansive, calm melody tinged both with melancholy and hope. It establishes a sense of yearning early on, representing both cautious optimism for the future and a pensive, elegiac relationship with the past. Both aspects perfectly mirror the game’s narrative that circles around the loss of memory and hope for self-realisation. 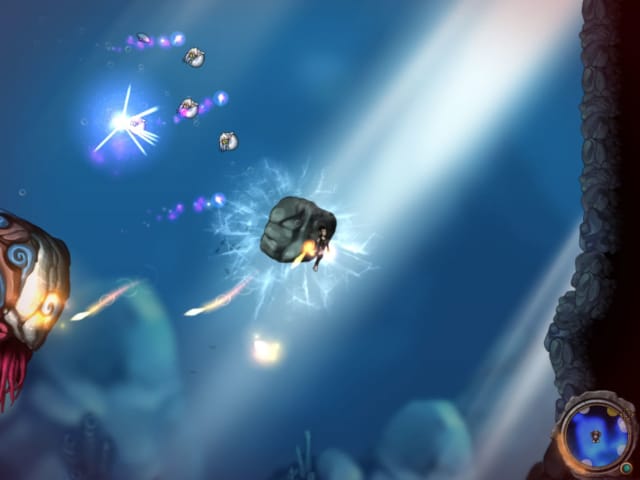 Outside of conceptual such considerations, Holowka’s theme is also simply a beautiful, immediately memorable melody. Writing a nearly two-hour monothematic score – as Holowka attempts here – is a major challenge. What secures his success is both the appealing nature of his main theme and his ability to integrate it throughout the Aquaria soundtrack in sufficiently varied disguises. A particular highlight is the yearning cello rendition of the verse theme on “Remains”.

In interviews, Holowka cited Nobuo Uematsu and other SNES composers as musical inspirations. These influences are most obvious in the way Holowka mixes orchestral and pop elements throughout the soundtrack. Many tracks are gently driven forward by a soft drum kit, while graceful, quickly accessible melodies – often performed by orchestral solo instruments – are layered on top. When pulled of as well as it is here, this familiar combination gives the music immediacy, colourful variety and gravitas. “Mystery” even revives the time-honoured JRPG tradition of the solo music box track.

It’s the orchestral elements that come to represent the soundtrack’s warm and sentimental side. During the verse theme’s renditions on oboe, flute or horns, it rings out most clearly and draws listeners into the world of Aquaria. Once this connection binds listeners and music, Holowka establishes interferences that turn the initially idyllic ocean waters into hostile territory. Particularly during the album’s final third, he uses electronic sounds to make Aquaria’s waters colder and harder to fathom. For example, “Dark Places” buries its melody underneath chiming sound effects and electronic rhythms. “Gullet” is more abstract yet, with its lonely tinkling sounds and a deep bass line that pulls the music to the bottom of the ocean. Melodies don’t entirely disappear from these tracks, but as on “The Body”, they have turned eerie and forlorn. 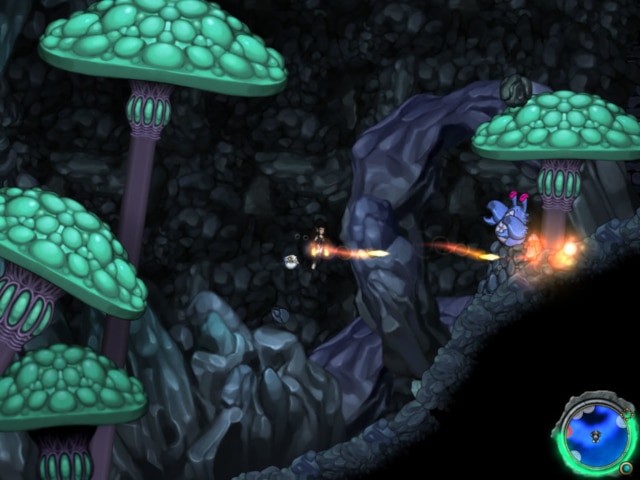 Crucial for an album of such immense length, the Aquaria soundtrack successfully builds a narrative arc that hooks listeners and carries them all the way to the album’s conclusion. Arguably, the musical pillars of Aquaria’s underwater world are fairly conventional. Compositions are usually serene, carried by expressive woodwind melodies and soft strings, with embellishments from piano, string pizzicati and light metal percussion, while occasional choir pads and bell strikes address the ocean’s majestic expanse and sometimes forbidding depth. But such familiarity simply allows Holowka to emotionally involve and move listeners without delay.

Just how powerful the Aquaria soundtrack’s narrative arc is becomes clear at the album’s end. Simply put, it is one of the most moving finales in game music. “Ending”’s resigned piano close and the following “Return” briefly offer redemption. Then vocal ballad “Lost to the Waves” brings the music’s persistent yearning to a head in genuinely affecting fashion. It’s the sound of the setting sun flooding the sky with golden light one last time before the lapping waves grow darker and darker. Resolution is still out of reach, the journey must go on.

And then there’s still bonus track “Fear the Dark”, sequenced at the end of the Bandcamp release. It’s the sort of big, sweeping pop-orchestral closing ballad that Western game composers unfortunately attempt so rarely. Impeccably arranged and constructed (and at times exquisitely overwrought), “Fear the Dark” is a nearly nine-minute behemoth that rises and falls with the confidence of a passionate, grand operatic aria. No need then to assume that indie scores feel smaller than their mainstream cousins. Aquaria’s music tells a story that warrants the soundtrack’s immense scope.