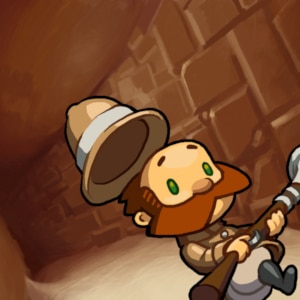 That sort of combination would pose quite a challenge for any composer – even if you ignored the fact that the music had to be delivered in less than three days. And it’s probably safe to assume that the composers wouldn’t have had the luxury of seeing much concept art or other indications of the game’s style before starting to pen the game’s music. On the other hand, maybe this relative lack of guidance proved liberating. That would explain how the Catacomb Snatch’s soundtrack turns out to be such a creative, at times intoxicating experience.

True, the music seems to mostly ignore the steampunk component of the game and focuses on the ancient Egypt theme. However, the score addresses that particular setting in delightfully unexpected ways. Catacomb Snatch features its fair share of near-Eastern scales, instruments and musical stereotypes. But it embeds these elements within such a quirky, atmospheric mix of vintage and contemporary electronics that the music’s evocation of ancient Egypt always feels fresh. Far from being limited by the game’s setting, the Catacomb Snatch soundtrack uses it as a spring board for inspired experimentation. 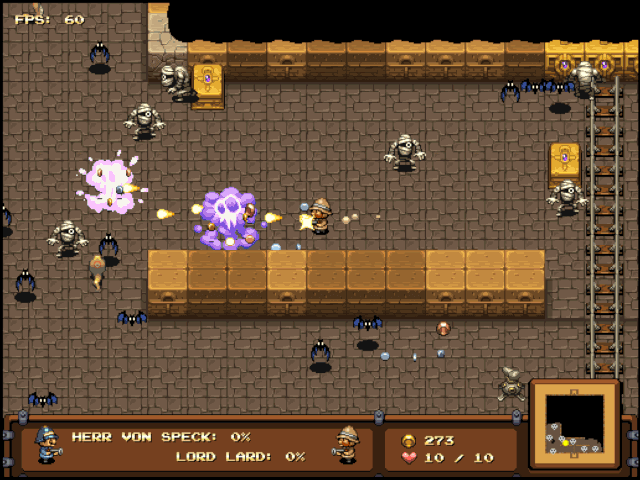 The two artists behind this invigoration of well-worn musical tropes were anosou and C418. Both experienced chiptunes artists and remixers, they had already worked together on various Super Meat Boy albums and Cobalt EP. Prior to Catacomb Snatch, C418 had also found success with his score for indie hit Minecraft. Each composer contributed three tracks to the Catacomb Snatch soundtrack. Out of the six resulting compositions, the short album bookends “Theme” and “Ending” are of less interest. The meat of the Catacomb Snatch soundtrack lies in its four central tracks. Both composers’ cues excel through the sheer variety of their heady beats and rhythms, catchy but also effortlessly complex.

anosou’s “Mummyf***er” and “Scarab’s Gold” are the more driving tracks on Catacomb Snatch. “Mummyf***er” sets the stylistic template for the soundtrack as a whole. Warm, varied electronic beats – both modern and chiptunes-inspired – back a slight generic, but effective lead melody that establishes the musical connection to ancient Egypt. This division of labour between rhythms and melodies is consistent throughout the entire album, with some exceptions. For example, “Mummyf***er” effectively balances its silvery melody with a bassy sine wave pulse that sometimes takes the lead. The track’s most surprising idea is a harsh, descending progression of gnawing synth chords that interrupts the music’s smooth flow. Cleverly judged and integrated, the effect is energising rather than disruptive.

“Scarab’s Gold” follows up “Enforcer Brittanica”’s outer-space explorations with markedly earthier beats. The dry beats contrast beautifully with glittering, sound effect-like synth blips that underline the track’s title. These sound effects give the music some playfulness and once more bolster the music’s exotic nature in unexpected ways. The same goes for “Scarab’s Gold”’s requisite Egyptian-sounding melody lead, which at some stage returns on borderline psychedelic synths. Wooden percussion and xylophone make their first appearance and further broaden the soundtrack’s palette. 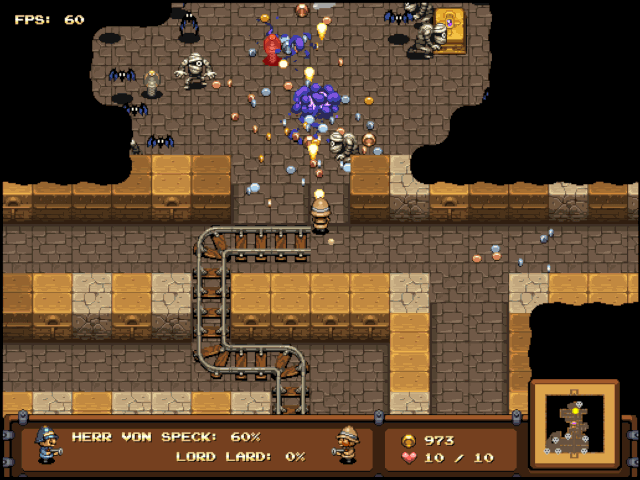 C418’s “Enforcer Brittanica” and “Dune Storm” feature slower, but no less entertaining beats than anosou’s. “Enforcer Brittanica” greets you with a heavy beat whose crackling vinyl sounds highlight the rhythm’s organic, relaxed feel. A chiptunes lead chooses to stay simple yet catchy before it turns dreamier, complemented by some perfectly fitting jazzy hi-hat work. It’s the magic starry skies of One Thousand and One Nights filtered through a chiptunes lens. This floaty mood later seeps into “Enforcer Brittanica”’s beats as chiptunes arpeggios fade in and out against increasingly thinner beats.

“Dune Storm” caps off the Catacomb Snatch soundtrack in convincing fashion, taking the album’s playfully experimental streak to a head. Ethnic hand percussion opens the music on a hushed note, before heavily manipulated drum kit samples create constant rhythmic confusion. It’s the album’s most rhythmically complex, off-the-wall moment and in its effect not far removed from Olivier Derivière’s Remember Me. “Dune Storm”s closing minutes complicate their beats further by mixing some sound effects under the drum kit rhythms. Still, the resulting polyrhythms never sacrifice the track’s steady groove. Remarkably, “Dune Storm” doesn’t neglect melodic moments either. When the head-spinning rhythms calm down for a while, celestial synth pads begin to swell and gaze at the desert stars, heightening the mood set by “Dune Storm”’s opening nocturnal synth pulse. “Dune Storm” concludes what’s ultimately a short journey – but it takes you past sights few other game soundtracks can offer.