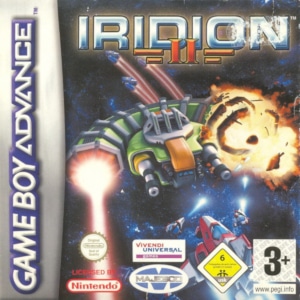 Part of this was one of the best-sounding scores ever to grace the Game Boy Advance. For some, this might be damning the Iridion II soundtrack with faint praise, given how difficult the GBA hardware made it to produce music that didn’t sound like a muddy, substandard SNES score. But keeping these hardware limitations in mind elucidates just how much of an accomplishment this soundtrack is. And if you are not familiar with all this technological background, the music’s strengths will quickly help you look past the still somewhat grainy sound of the samples used.

Behind this small marvel was Manfred Linzner, who had already demonstrated his wizardry on chiptune scores like Fix & Foxi – Episode 1: Lupo. For the GBA, Linzner had developed his own sound driver: the GAX Sound Engine. Thanks to smart programming, GAX addressed two of the GBA’s main sound issues by producing better sample quality (up to 44 kHz) and taxing the system’s CPU less. The latter was important since the GBA didn’t have a dedicated sound chip and music thus had to compete for precious CPU resources with graphics and other assets. Arguably, Linzner must have felt that the way his music was rendered on the original Iridion scores still wasn’t ideal – thus the 2003 arrange album, one of Western game music’s earliest examples of this kind of release. 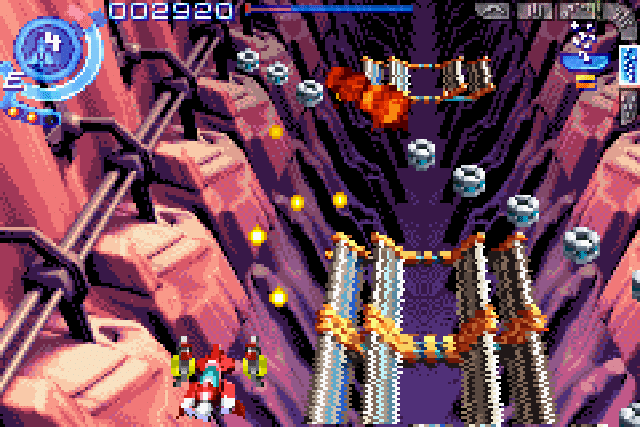 Still, the Iridion II soundtrack warrants revisiting in its original form – not least because the arrange album doesn’t include all of its material. Like its predecessor, much of Iridion II is a love letter to 80s synth pop and game soundtracks of the era. Yes, this is music that you could drop into any Amiga Turrican game, and it would fit perfectly. Of course, when Chris Hülsbeck wrote those classic soundtracks, he was channelling contemporary mainstream music. A work like Iridion II is conceptually a bit more complicated – it’s the kind of lovingly crafted homage that also updates its stylistic inspirations, connecting it with more modern influences.

It’s also a significantly stronger score than Iridion 3D. That soundtrack sometimes felt like a collection of strong hooks in search of songs that could support them. Iridion II benefits from significantly more fleshed out – yet uncluttered and economical – arrangements supporting the more substantial melodies. And there’s no doubt that what Linzner delivers here are some of the most memorable pop melodies heard in a portable console game. To come back to that earlier Turrican comparison – Iridion II’s tunes are as catchy and its hooks as big as Hülsbeck’s best creations. “Azuki Canyon – Aniki” establishes this winning streak right away with its brightly gleaming melodies and crystalline leads that make for instant stadium singalongs.

And so one half of the Iridion II soundtrack plays like a first-rate Top 40 album from the decade of shiny, outsized synth anthems (with rhythmic backdrops that skew towards more contemporary electronica). Silvery, enthusiastic staccato leads effortlessly carry cues like “Spaceport Alpha – Two Years Gone” and “Spaceport Gamma – Good To Feel”, while Linzner’s arrangements strike just the right balance between unfussy and sufficiently colourful. He doesn’t merely reprise decades-old musical conventions though. “Seigetsu City – Cloudy Stairway” turns its harmonious melody into an insistent, unrelenting figure that never harmonically resolves. Meanwhile, “Space Minefield – Tearing”’s lead starts fairly relaxed with jazzy overtones before it subtly turns more and more aspiring as it soars towards its climax. With so much upbeat music, Iridion II doesn’t seem to care too much about underscoring dramatic space fights – it’s more about entertaining gamers and propelling them towards their goal. 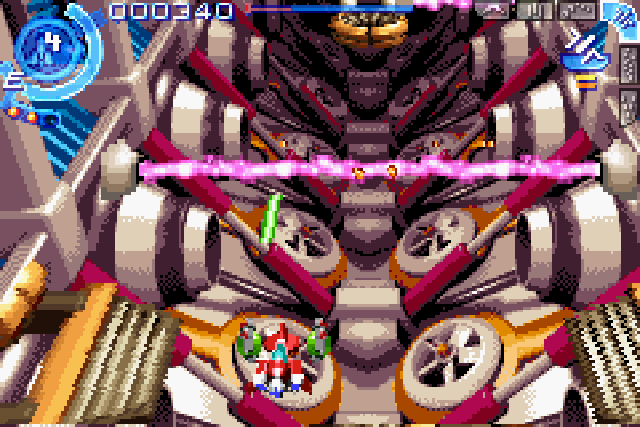 But there’s also the Iridion II soundtrack’s other half, which is more adventurous and less hook-laden. “Silicis Corridor – Crystal Symphony” moves the focus from audacious space flights to mood-building, as various tinkling melody fragments surround a heavy synth groove. Meanwhile, cymbal crashes provide some dramatic interjections just at the right moments. The cue organically adds a sense of mystery and hushed awe to the soundtrack’s energetic palette. Final level cue “Dockbay II – Pure Conscience” twists that sentiment into something much eerier, with a harsh, ticking synth effect that dominates the track. Opening up an uncanny, cavernous space, the constant pulse witnesses an unlikely standoff between a robotic lead and tentatively emerging, almost drone-like notes – yet the music is strikingly emotional and expressive. It’s an astounding example of the kind of musical subtlety and warmth the GBA was capable of in the right hands.

Elsewhere, Linzner effortlessly dabbles in more contemporary electronic music genres that point at his later Nanostray scores. “Dockbay I – Citizen Discharged”’s trance melody, with its majestic feel and broad, synthwave-like chordal backing, gives the track an unexpectedly grand feel, as always bolstered by a lively bass presence. The smoothness of “Zansetsu Clough – Cold Play”’s neo-disco allusions gets a modern makeover through the seductive urban cool and elastic bass of “Tenshi Plains – In My World”.

“Asteroid Field – Spiral Bliss” takes a different approach, reaching even back further into the musical past than other tracks with its almost psychedelic opening that leads into a soothing Mini Moog solo. Yes, even soul grooves aren’t alien to this score – a sign that Linzner ultimately has his sights set higher than emulating and reviving classic video game music. The Iridion II soundtrack needs no qualifier – this is not just one of the best GBA scores, but one of the greatest shoot’em up soundtracks of the 2000s, full stop.