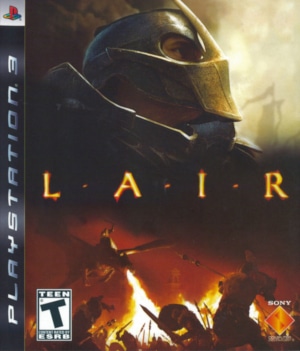 In a way, it’s not a surprise that Debney and Kaska’s work turned out so well. Debney had demonstrated his ability to write outstanding orchestral action music with Cutthroat Island (ironically another financial disaster). Developer Factor 5 was keen to give the game’s fantasy narrative a cinematic, widescreen feel. This led to Debney being hired to provide a suitably grand score. In several interviews, Debney mentioned how much he enjoyed the creative freedom he was given on the project. With a budget to record with full orchestra and several soloists at Abbey Road Studios, Debney made the most of this opportunity to write a score that would be a love letter to the fantasy genre and to Debney’s personal inspirations – John Williams, Jerry Goldsmith, James Horner, Basil Pouledouris and others. As Debney puts it in the album’s liner notes, his aim was to write “Star Wars meets Conan”.

That the influence of these other composers is so keenly felt on the Lair soundtrack has been the most frequently raised criticism of Debney and Kaska’s work. Yes, stylistically this is a derivative score, with Williams’ Star Wars prequel scores casting a particularly long shadow. But the same issue didn’t stop Michael Giacchino’s Medal of Honor from becoming a game music classic. In the end, what Debney and Kaska achieve is to convincingly emulate the works of some of the greatest film composers. 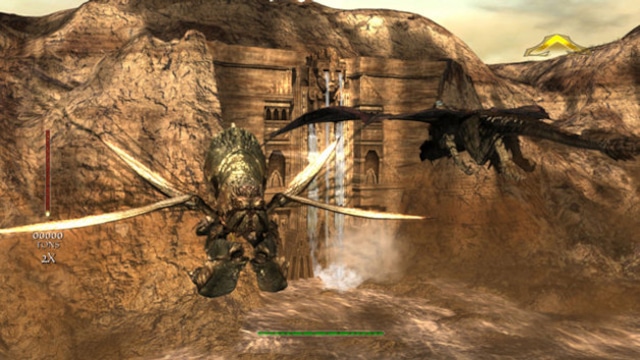 In fact, the Lair soundtrack contains some of the best orchestral action music ever written for a video game. More than a dozen battle tracks, packed with frantic orchestral activity, are the roaring centre piece of the Lair soundtrack. Beginning with “Breaking the Ice”, Debney and Kaska unleash one extraordinarily dense and powerful orchestral power house after the after. This is clearly music by two composers who know how to make use of the orchestra’s full resources.

What’s particularly impressive is how these displays of flurrying noise and fury never turn into the sort of empty bombast that action game music often descends into. Debney and Kaska construct their action tracks from a multitude of short, always engaging melodic and rhythmic phrases. This way, the game’s audio engine can easily chop up the compositions as required. At the same time, the music still flows with purpose outside of the game context and never lacks direction or substance. Simply put, the excitement and rush of adrenaline never cease for one second.

The Lair soundtrack’s fierce battle cues are helped by the exemplary thematic density that Debney and Kaska establish. Debney writes three primary themes for Lair. The first one is for the game’s protagonist, dragon rider Rohn. His theme rings with a predictable, but always effective sense of noble heroism (although the theme’s nearly pastoral rendition on “Rohn’s Theme” is arguably more intriguing). The theme for the game’s antagonist – the Diviner – is equally unsurprising and yet impacting, a brassy march of extraordinary power. Lastly, there’s the solemn theme for the ancient Mokai civilisation, split into two phrases. 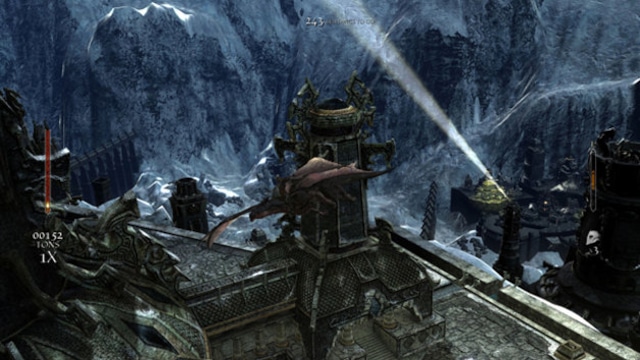 Together with a number of sub-themes, these thematic ideas keep swirling through the action pieces. They provide most of the melodic guidance that holds this centrifuge of raw orchestral energy together. It all comes to a head on “Battle for Asylia”. A jaw-droppingly intense confrontation between Rohn’s and the Diviner’s theme, “Battle for Asylia” more than deserves the term “epic”

Indeed, this is a constantly heavy and self-serious score. Everything takes place on a relentlessly gigantic scale, with hardly a moment of levity in sight. Thankfully, Debney and Kaska not only write excellent battle cues. As sequenced on the La-La Land release, the Lair soundtrack alternates between frenzied outbursts and calmer compositions. The result is an album pace that is predictable and yet couldn’t work any better – like so much on Lair.

While Debney and Kaska’s slower pieces are as grandiose as their frenetic counterparts – in their quieter way – these cues explore more emotionally complex territory. The standout composition is “Love Theme”, an impassioned string adagio of nearly religious intensity that recalls Miklós Rózsa. “Prologue” and “Lair Main Menu” perform important feats of world building. Particularly the former creates a potent musical image of the game’s barren, yet awe-inspiring landscapes. Much needed moments of introspection come on “The Search for Food” and “The Last Straw / Campfire Discussion”. Both tracks highlight the contributions that ethnic instruments – duduk and erhu – make to the soundtrack, together with Lisbeth Scott’s heartfelt vocals. These instruments don’t serve to evoke a particular location or culture (different to Debney’s Passion of the Christ). Instead, they summon a more generic sense of ancient otherworldliness. What’s more, they also give Lair’s quite stereotypical fantasy stylings some character and intimacy.

Ultimately, these more reflective compositions create a coherent world and narrative for the action tracks to exist in, giving all the conflict transpiring on the battle cues some meaning. And so, when “Epilogue” ends with a hair-raisingly intense, titanic flourish, the moment actually hits as the triumphant culmination of what indeed has been a monumental adventure.