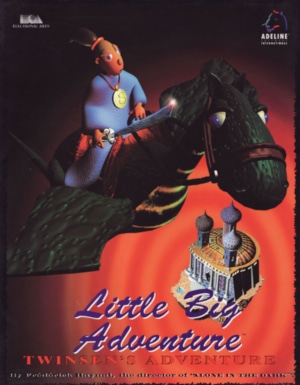 However, on the Little Big Adventure soundtrack, Vashey quickly establishes proof of his masterful handling of orchestral forces. “Opening for Lba” convinces right from the start with its beautifully layered and colourful orchestrations, flawless development, and enchanting melodies and countermelodies. While “Opening for Lba” establishes the sunny, upbeat mood that characterises most of the score, the composition doesn’t lack drama. Starting with a lyrical, yet majestic melody for oboe with brass backing, “Opening for Lba” seamlessly develops and moves through a multitude of textures and moods with the confidence and breadth of a grand fantasy score composition. And thus, the Little Big Adventure soundtrack establishes its dual nature. It’s a light-hearted, charming fantasy score that still builds a world and quest of immense

Vachey described in interviews how much the vibrant world of Little Big Adventure inspired him. Indeed, his joy of scoring such a vivid universe is felt in every piece. It helps that due to technological advancements, Vachey is in a position to use Red Book audio and thus live performers. The instrument sounds’ greater authenticity over previous Western orchestral scores is a crucial aspect of Little Big Adventure’s immense appeal.

Things continue in equally delightful fashion with “The Quest” and “The Rebels”. The former starts with an immediately memorable, shamelessly optimistic trumpet ostinato. An energising double bass figure and rising brass chords all contribute to a wonderful build up. It’s as if the composition is trembling with the giddy anticipation of finally embarking on an adventure, unable to wait until the quest finally begins – and when a cathartic orchestral flourish finally bursts out with youthful abandon, it raises the curtain on a gorgeous, sun-lit scenery. Remarkably enough, Vachey’s carefully crafted melodies and orchestrations – particularly a passage for flute, harp and pizzicato strings in “The Quest”’s second half – foreshadow Hitoshi Sakimoto’s trademark heroic fantasy stylings heard a few years later.

Clocking in at only 25 minutes, there’s not necessarily much of an album arc to the Little Big Adventure soundtrack. After its relatively uniform opening, Little Big Adventure takes off into a series of vignettes, all realised with utmost skill. Almost each composition is a score highlight, spearheaded by “Desert”, a greatly original take on the standard desert theme. Vachey takes the sounds of a harp and electronically manipulates its notes to thicken them, allowing them to fill the soundscape while retaining the solo instrument’s sparseness – all to evoke a vast, empty space. Initially “Desert” soothes with its gentle New Age-tinge. But after 1:35, its melodies develop into something more chromatic and ambiguous. Seamlessly, the previously calmly welcoming mood turns intriguingly uncertain. 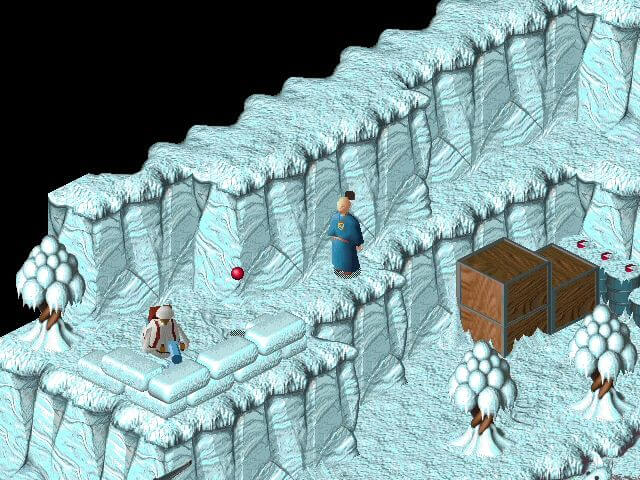 “The Temple” isn’t quite as original, but atmospherically just as potent. As expected, its textures and melodies are powerfully solemn and static to denote caution and awe. However, conflict brews and ultimately erupts when a struggle between the solo flute and the orchestral backdrop – backed by busy piano lines – breaks out.

In interviews, Vachey elaborated on his diverse musical background and how he was influenced by pop and classical composers. On most of the Little Big Adventure soundtrack, it’s clearly the orchestral elements that dominate. However, closing track “Lba’s Theme (1994 Version)” mixes the worlds of orchestral and pop music to absolute perfection. Its central melody is a fantastic creation for woodwinds, cheery but tinged with just a bit of wistfulness at the fact that the adventure is over. Vachey interweaves melodies and builds the track towards an immensely fulfilling finish with the hand of an expert orchestral composer. At the same time, “Lba’s Theme (1994 Version)” is as addictive and immediate as any great pop song, easily exceeding Vachey’s already promising work on the FM Towns version of Advantage Tennis. There couldn’t be a more memorable finish to a score that raised the bar so considerably.