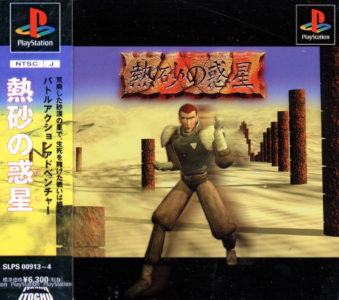 And there were other aspects of Nessa no Hoshi’s presentation that set the game apart from its contemporaries – namely, its soundtrack. Composing duties fell to Kiyoshi Yoshikawa. A prolific composer with dozens of credits on Japanese movies, anime and TV series, Yoshikawa was still at a relatively early stage of his career when he scored Nessa no Hoshi. The game turned out to be the kind of opportunity young, ambitious composers dream of. The game’s producers were looking for a score with a cinematic feel and gave the green light for a live-orchestral soundtrack. Toei Music Publishing – coordinating the recording – recommended the Moscow Symphony Orchestra since recording in Russia was relatively inexpensive at the time (the ensemble soon would perform on Outcast, Kessen and Age of Pirates: Caribbean Tales). The result was the largest orchestra deployed for a pre-2000 game score – 89 instrumental performers plus 12 female choristers.

Yoshikawa grabbed the opportunity with both hands and delivered one of game music’s most audacious and impressive soundtrack. Orchestral game music – outside of horror scores – rarely ventures into modernist territory, usually sticking with 19th century, romantic-era stylings. Yoshikawa – quoting the opening melody of Igor Stravinsky’s Sacre du Printemps at the beginning of Nessa no Hoshi’s “Ending” – looks elsewhere for inspiration. That Stravinsky quote quite accurately predicts where Yoshikawa takes much the Nessa no Hoshi soundtrack – into the challenging, fascinating depths of 20th-century classical music, where conventional tonality collapses. What’s truly astonishing is that Yoshikawa masters such a daunting and – within game music – relatively untapped musical idiom, to the point where his score plays more like classical music than a game soundtrack. 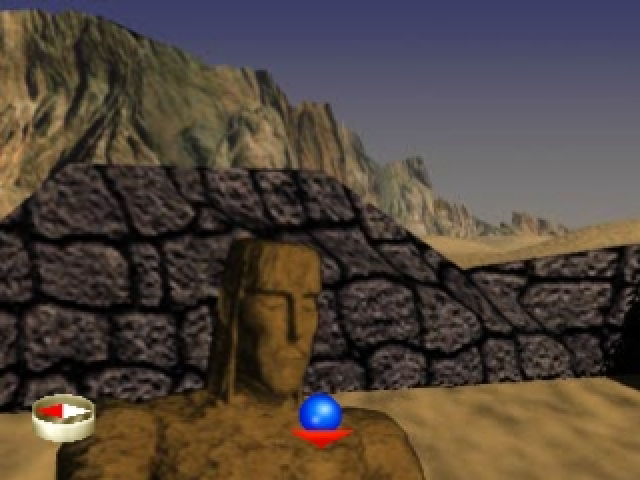 Indeed, the Nessa no Hoshi soundtrack is one of game music’s most harmonically and melodically sophisticated works, sustaining a level of endlessly intriguing harmonic ambivalence and subtlety that is unmatched in the medium. Even during more consonant moments, the music’s audacity keeps its melodic progression uncertain and more often than not, it’s impossible to predict where compositions are heading. It’s the perfect foundation for one of those rare sci-fi scores that does manage to establish an unearthly, unique sound world befitting its extraterrestrial setting. After all, those blasted dissonances and at times sparse string orchestrations perfectly underscore a barren desert planet. It’s a testament to Yoshikawa’s talents that even during its most demanding passages, Nessa no Hoshi remains utterly fascinating.

Pieces like “Stories [For Percussion & Strings]”, “Missing”, “Sand View” and “Alien’s Child” are beautiful examples. The mood is morose for much of their run time, as searching, whining, squealing strings try to find their way through the dark, surrounded by dissonant brass eruptions, faint woodwind interjections and chiming celesta motifs. The latter instrument’s silvery tones are a surprise in such lugubrious music. However, they both highlight the score’s mystical undercurrent and add to the sense of confoundment that this music provokes. There’s a two-minute section on “Missing” where Yoshikawa’s almost experimental work seems to essay how minimal the music can get without losing listeners’ attention – and it succeeds with flying colours. “Sand View” seems to take inspiration from Béla Bartók’s work when its opening layers dissonant renditions of a string motif on top of each other, mercilessly crescendoing into chaos as the walls come closing in.

The Nessa no Hoshi soundtrack’s savage tendencies are most clearly exposed on its battle tracks, which are among the most ferocious in the game music canon. “First Battle” opens with manically swirling strings, backed by pounding timpani, tolling bells and harsh flute cries. There’s no melodic material whatsoever in sight. All that Yoshikawa needs is the sound of a thrashing orchestra going wild, such is his expert, gut-punching use of visceral dissonances. “Last Battle” equally plays like a barbaric ballet, relentlessly driven forwards by grating string ostinati that hack away at the music while dissonant brass chords erupt like hand grenades. Both pieces effectively slow down for B sections whose calm is deceptive, as if the quivering music is holding its breath, before roars back into a fury that rivals the viciousness of Eliot Goldenthal’s most frightfully discordant pieces. 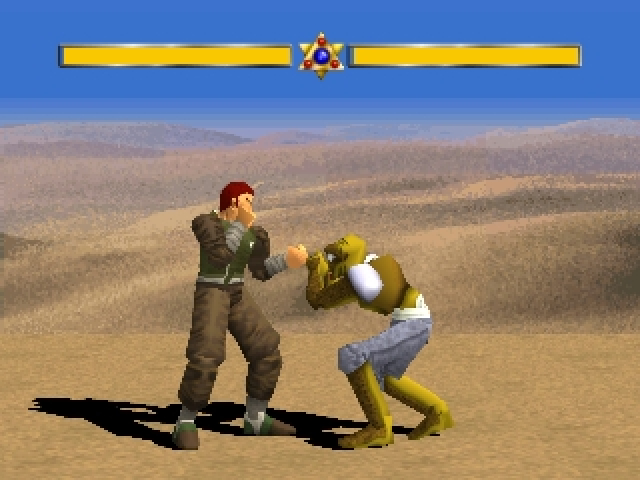 And yet, there’s a lot more to the Nessa no Hoshi soundtrack than just a violent orchestral assault on the senses. Yoshikawa pulls off a stunning feat – merging his modernist instincts with hyper-romantic music that is as harmonically refined as his less traditional orchestral impulses. “Overture” first introduces the score’s ten-note main theme, its surprising length and repetitions allowing it to build up an intoxicating, cinematic sweep that recalls the most soaring passages of John Williams’ E.T. the Extra-Terrestrial. Yet all that suddenly collapses into a nocturnal, solemn cello melody as the soundtrack for the first time explores the gloomy territory it will inhabit more consistently later on. Stomping strings and screaming brass chords finally give way to another elated rendition of the main theme – yet it’s impossible to ignore that the final massive brass fanfare doesn’t resolve harmonically in a triumphant conclusion and instead simply subsides.

Other pieces don’t lead their differing styles into open confrontation with each other. Instead, they use the contrast between these two musical approaches to heighten the effect of each one. Before plunging into fluttering shadows, “Missing” beguiles with its intoxicating, wordless choral material, soon leading into a rendition of the score’s heroic main theme against syncopated brass rhythms and doubled by chromatic choral harmonies. It’s the soundtrack’s most deliciously heady moment, combining its epic and otherworldly strains with ease while subtly turning the main theme’s originally reassuring melody into something less familiar. “Alien’s Child” contrasts its nearly avant-garde tendencies with a warmly glowing string melody that is sublime. Its harmonies are so sophisticated, its melodic progression so creative that once more comparisons with classical music are inevitable (Alexander Scriabin’s later orchestral works come to mind).

Then there are those compositions that are entirely given over to the Nessa no Hoshi soundtrack’s romantic stylings. Once again, they demand the use of superlatives, delivering music of truly symphonic depth. “Prologue [Theme of Love]” and “Ending” might be the closest game music has ever come to reaching the deliriously romantic heights of late-19th century piano concertos (both tracks quote the same piano material). Yoshikawa’s idiosyncratic melodic and harmonic twists give the music an emotional complexity that is almost unrivalled within game music and imbue the compositions’ swooning demeanour a refreshing edge. Take the unexpectedly rising four-note figure that keeps appearing underneath “Prologue [Theme of Love]”’s lush lead melody, urging the music onwards and keeping its rhythmic progression tantalisingly off-balance. With such outstanding attention to detail, it’s no surprise the staggeringly brilliant Nessa no Hoshi sits at the very top of orchestral game scores.