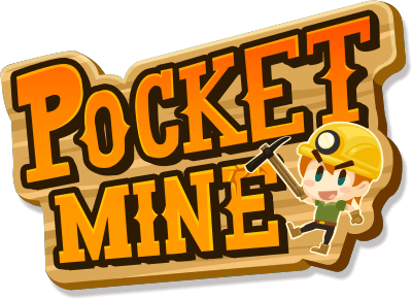 As much fun as it can be to analyse a piece of music, drill down into what things make it work or not, explore its sources of inspiration and so forth, there’s also the simple joy of getting caught up in a song that is just so irresistibly fun that all critical thinking takes a backseat for a moment. Big Giant Circle’s Pocket Mine soundtrack delivers precisely that sort of feeling with the aptly titled “That Diamond Smile”. The track also perfectly demonstrates how this soundtrack manages to draw upon the strengths derived from its 8-bit influences and enhances them by mixing in contemporary elements.

All that “That Diamond Smile” requires for success is the catchy little chiptune ditty that opens the track. In what feels like the blink of an eye, things escalate, harmonies start building up, the tempo increases and what we then hear is a much broader, full-bodied rendition of the initial tune on soaring chiptune synths. Suddenly, it’s one of the most memorable, joyful melodies ever written for a retro video game. Throughout the cue, the melody pushes higher and higher, until it returns for one final, fantastically joyful appearance. The insidiously catchy tune is a testament to Big Giant Circles’ (aka Jimmy Hinson) stature as a master tunesmith.

What’s equally beyond doubt is Hinson’s ability to structure and arrange his tracks for maximum impact. The melodies that Hinson fits in between appearances of his lead tune are anything but B side material and together with the lushly arranged beats and arpeggios, they saturate “That Diamond Smile” in boundless fun. What it all adds up to is simply perfect chiptune pop. 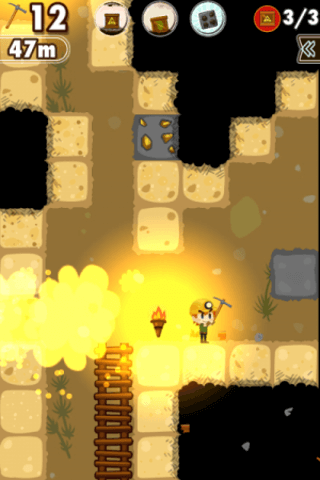 It’s hard to imagine music that inspires gamers more emphatically to have just one more go at that level, one more try to break their high score. As such, it’s the perfect accompaniment for Pocket Mine (the game). After all, it’s one of those mobile games using one simple gameplay idea to create an accessible, focused gameplay experience. Dig as deep as you can before your pick breaks, collect items to upgrade your digging tool – and start again. Like for developer Roofdog Games’ other 2013 title Extreme Bike Trip, Hinson writes the sort of music that keeps players on their toes and energised all the way through the game, honoring the gameplay’s arcadey nature and retro inspiration.

Given Pocket Mine’s limited scope, its surprising how much of a cohesive arc its score album creates. “Pocket Mine Menu” opens the Pocket Mine soundtrack with an infectiously carefree, strutting rhythm, coupled with a charming chiptune melody straight out of a late-era Game Boy platformer. The entertaining groove is happy to go nowhere in particular, but still looks forward to the adventure ahead. It’s obvious that “Pocket Mine Menu” keeps the Pocket Mine soundtrack in a holding pattern – but it makes that spot an entertaining place to be in.

After that, things quickly take off to the skies with “That Diamond Smile”, but where to go from there? “Inverted Vertigo” finds a good answer. Largely shedding Pocket Mine’s chiptune influences, its assortment of electronics is grittier than what other tracks deliver. More urgent than the rest of the soundtrack, “Inverted Vertigo” is happy to undercut its initially ascending melody with dissonant chords that bring the music’s enthusiasm tumbling down to the ground. Things are turning serious and the game over screen beckons, but then cascading silvery arpeggios begin to rain down. They lead “Inverted Vertigo” to an exhilaratingly busy close that pushes gamers onwards. Whether it rushes them towards success or failure is up to the player. 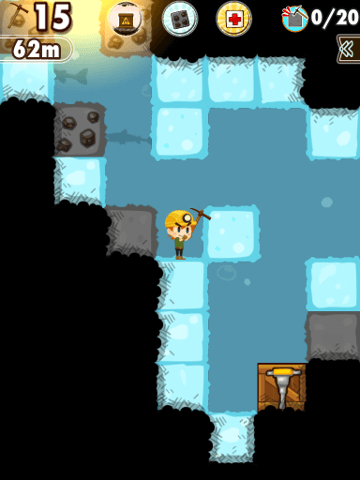 Then it’s time for the Pocket Mine soundtrack to wind down. “What’s Pocket Mine Is Pocket Yours” is far more relaxed than previous tracks, with a laid-back high score screen-feel. Once more, a simple but deliciously addictive pop melody rendered on chiptune instruments leads the way. For a change, rhythmic backing now comes mainly from a rock drum kit as opposed to electronic beats. The lead melody feels a bit wistful, ready to to wave goodbye. But as on “That Diamond Smile”, the tune keeps building until it gets to go out on an exuberant high.

In contrast to this easy-going atmosphere stands album closer “Tally Up the Loot”. Heavy synth bass chords dominate a decidedly electronic soundscape with more head-nodding rhythms than “What’s Pocket Mine Is Pocket Yours”. “Tally Up the Loot” is the album’s least melodically involving track, but that’s a relative measure of course. The Pocket Mine soundtrack has one big smash single, but it’s also much more than a one-hit wonder.