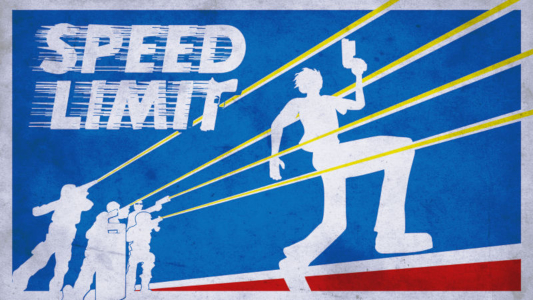 The game’s frenzied pace and seamless transition from one high-stakes pursuit to the next suggested an equally relentless soundtrack. However, that’s not where composer Matija Malatestinic initially started. Having begun work on the Speed Limit soundtrack after he had first seen sketches of the levels, Malatestinic started to write a synthwave score. However, as he put it in a blog entry: “Ten tracks in, after playing a prototype level I have noticed that there will be a problem: The game was too fast and synthwave wasn’t giving that much of a kick and adrenaline to the player.”

Malatestinic, guitarist of Croatian bands Verted and Hesus Attor, eschewed another possible approach, finding that a metal soundtrack would be “the easy way out and it doesn’t reflect the atmosphere of the game at all.” After rotating through playlists while playing the game, Malatestinic settled on high-speed electronic music with breakbeat elements in the vein of bands like Prodigy, Noisia and Pendulum. However, Malatestinic was mindful of the pitfalls of such an approach and how to work around them: “The faster the music is, the sooner it starts to be boring, so I have at least, 5 or 6 synths working together on the same pattern.” 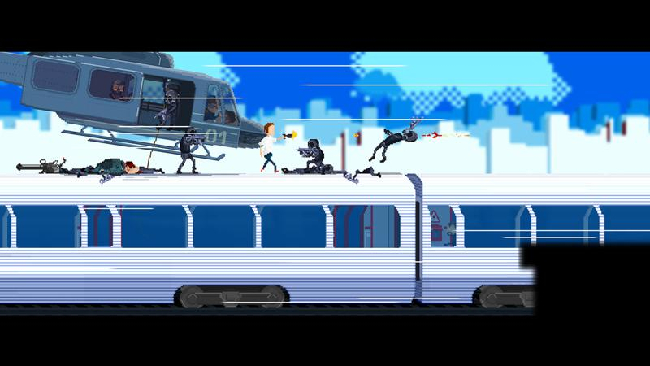 That quote gives a good indication of one of the Speed Limit soundtrack’s strengths. Malatestinic’s arrangements are explosive and dense, never giving the music much time to rest as it races from one idea to the next. The sheer amount of distortion pedals and sequencing that he applies to his instruments also imbues the music with a variety of tone colours that is rare among game soundtracks. These combustible collages are held together by Malatestinic’s clever use of recurring patterns that run through each track but never overtly dominate it: “That way I just push one synth or the other louder every bar so that you always have that feeling of something new happening even it is the same note pattern.”

Beyond all these considerations, there’s a much more visceral impression that the Speed Limit soundtrack leaves. It is a slab of furious electronic aggression, kept on target by its laser-like focus that just barely tames its raging centrifugal forces. Yes, the score’s constant onslaught of driving rhythms is a suitable reminder of 1980s/90s arcade games. However, Speed Limit is far more dissonant and biting than those soundtracks used to be – and much more liberal in its use of odd time signatures that only sharpen the music’s hell-raising attitude. There’s a distorted, gnawing synth lead that Malatestinic introduces straightaway on first level cue “Run!” and it gives his compositions a fierce bite that makes the music’s mission clear from the start: not to empower gamers, but to underscore the constant danger they’re in.

Still, amidst all the complexity that Malatestinic introduces, his ceaselessly creative arrangements always work in service of the song – and underneath all those grating, dissonant leads, there is just enough melodicism in the hooks Malatestinic writes to keep his cues approachable. And that completes the explosive, at times dazzling cocktail he concocts throughout the score, with each piece adding slight variations to the formula. On a side note, the Speed Limit soundtrack is a convincing argument for keeping game scores sharp and succinct. Leaving out menu and staff credit cues, it clocks in at just over 30 punchy minutes, with not an ounce of fat on its bones – a rarity in the era of ever-expanding score releases. 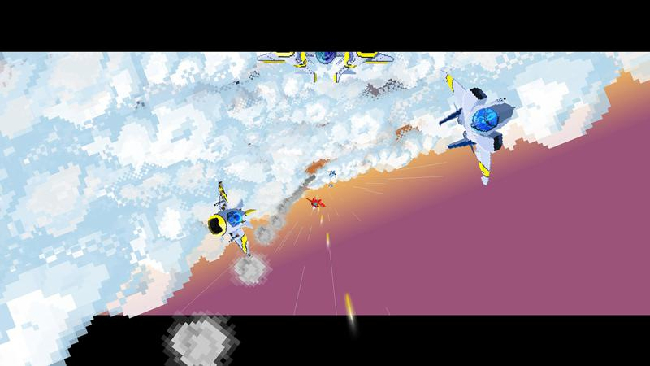 Picking favourites is a fairly futile undertaking, given the Speed Limit soundtrack’s consistent quality and approach. Still, looking more closely at the music’s intricacies further highlights Malatestinic’s unceasing attention to detail as he subtly sets his compositions apart from each other. The mix of heavy beats and uneasy atmospherics around 2:10 on “Mind the Gap” shows that the music achieves more than just pulse-pounding action. “Full Throttle” reinforces that impression. The cue’s frantic opening staccato pattern and its acidic melody lead do its name proud – but then the music surprisingly breaks down into an anthemic mid-section for almost majestic synth pads carrying a grim grandeur. The exceptionally well-paced “Turn the Tide” – when not pounding through its industrial rhythms and robotic leads – descends into a roiling cauldron of simmering, radioactive synth textures full of foreboding, twitchy progressions.

Such awareness that speed indeed isn’t everything comes to a head on final level track “End of the Line”. Easily the score’s most abstract and burnt-out cue, it takes the Speed Limit soundtrack’s disorienting tendencies to their logical conclusion, culminating in a sudden break down that drops the score’s action music character entirely to only leave a haunting, irregular pulse. The way “End of the Line” brings together slow-burning menace, thrashing anger and experimental tendencies easily makes it the score’s most fascinating cue – no small feat, given the musical riches presented by each track. Just take “Gunnit”’s synth lines that sound like a computer in its death throes, the off-kilter rhythms of “Autodaemmerung” or the bait-and-switch game “Aviary” plays with its constant changes in direction.

Two cues frame this breathlessly exciting experience. “Main Menu” comes across as downright relaxed compared to the onslaught that is about to follow. However, its calm mood – replete with wordless female cooing, synth strings and almost jazzy hi-hats – is undercut by those growling bass synths that will characterise much of the soundtrack. “Credits” introduces a steadier beat than the level tracks that preceded it but is no less volatile. Like “Main Menu”, it channels the soundtrack’s trademark aggression into a new expression – this time a sense of desperate determination, with sharp, domineering synth lines nearly asphyxiating the cue’s anchoring beats. There’s no reprieve at the end of the Speed Limit soundtrack – only the realisation that few other game scores can hope to match its intensity.