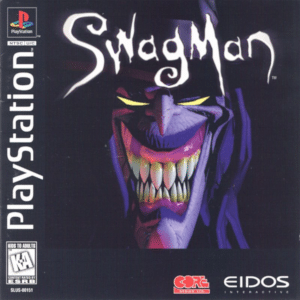 Thankfully, once more a mid-90s French game magazine came to the rescue, with one of those promotional CD releases that accompanied many of these publications (see also: Formula 1, Rapid Racer). The particular album in question holds – among other works – the majority of McCree’s work for Swagman. That game is a mostly forgotten action adventure title from Tomb Raider‘s Core Design. Reviews were middling and so it’s understandable that Swagman wouldn’t be on the radar of many game music fans. As it turns out though, the game contains what might well be the best score of McCree’s career.

The game’s narrative – two children fight the Swagman, Prince of Nightmares, in cutely colourful settings – is alternately whimsical and moody. As such, it suggests a ready-made musical template. And indeed, McCree initially opts for the obvious Elfmanesque Gothic-lite mode (still relatively fresh in 1997) to underscore the game. Spooky atmospherics mix with comedic elements that add cheekiness and puckish humour to the sombre choirs and organs through their jazzy attitude and bouncy rhythms on xylophone and glockenspiel. What’s immediately impressive is just how well McCree pulls off this particular style, comparable to Paul Arnold and Andrew Barnabas’ MediEvil: Resurrection. 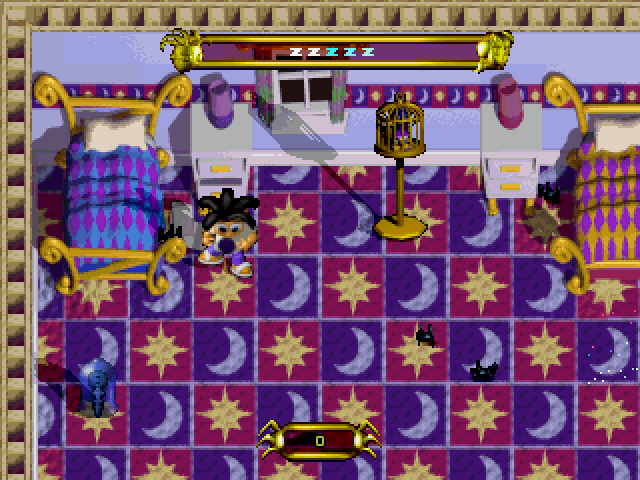 Opening track “The Swagman” sets an ominous tone straight away with a mysterious harp motif, before a pulsing, forward-rolling melody – the score’s main theme – sets in. Like all of McCree’s melodic inventions on Swagman, it’s an attractive, memorable creation. It also displays McCree’s creativity through its unexpected progression, with sudden grace notes suggesting the potential for abrupt, forceful movements. Alternately creeping, elegant, boisterous and menacing, the malleable theme cleverly contrasts with a secondary motif that usually plays as an answer to the main theme to provide contrast – it’s a more light-footed creation usually played on high woodwinds.

Closing track “The Nightmare is Over” revisits the same musical style and not surprisingly moves it into major key territory. However, it does so with sufficient restraint and by using the score’s established instrumental palette. “Dance of the Scallywags” is more single-minded. It squarely puts the emphasis on the parodic tendencies of Swagman’s mock-Gothic style. Its basis is a mischievous, almost obnoxiously bouncy organ motif that refuses to go away.

What truly makes the Swagman soundtrack special is how McCree proves that he has more on his mind than a skilful reiteration of the faux Gothic template. Second track “The Children’s Nursery” is a first indication of where the Swagman soundtrack’s emotional centre lies. The cue opens with a lonely duet for piano and xylophone, set in isolating, echoing surroundings. The music begins to ebb and swell beautifully as a solo violin and then the full string section perform the piece’s lead melody. 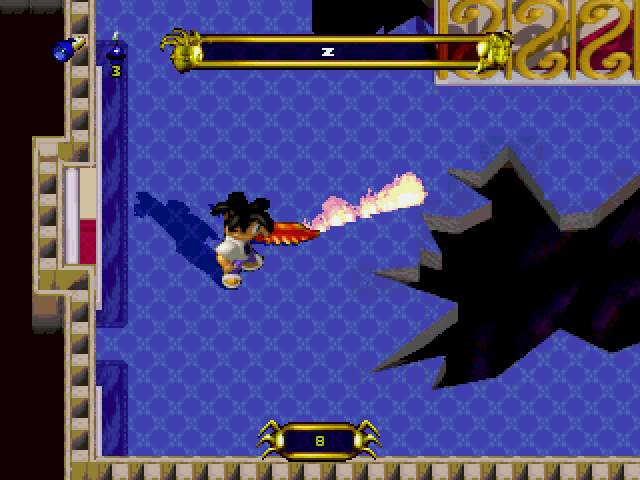 What comes through strongest on “The Children’s Nursery” is the children’s fragility and the danger they find themselves in. It’s precisely this character-focused approach that gives Swagman its heart. While most of Swagman is more subdued than its opening track, the score is also emotionally more resonant than expected. At the same time, the soundtrack never forgets to find individual musical approaches for each of its locations.

Take “Down in the Basement”, the Swagman soundtrack’s most intriguing composition. Superficially, it doesn’t seem to consist of much more than downcast string layers. However, a closer listen reveals how skilfully McCree suggests melodies rather than actually executing them, effectively intertwining the melodic and the textural (something that Hitoshi Sakimoto does regularly on his string adagios, if to more melodramatic ends). This ambiguous approach to forming fully-fledged melody lines purposefully denies melodic reassurance. Thus, the loneliness and regret hidden underneath the gloomily floating string and choir lines registers subtly, but in potent fashion.

“Twisty Turny Woods” spells things out more clearly, running essentially as a slowed down version of “The Swagman”. Textures turn thinner and shiver in the icy atmosphere blown in by the wind sound effects and organ chords. Despite the barren mood and a more rigid progression, there is still some life left in the score’s main theme. Fighting its way from lonely flute solo to dramatic heights, the theme manages to ultimately reaffirm its presence. Once more appearing on “In the Tunnels”, the main theme establishes itself as the score’s binding force. It helps to make the Swagman soundtrack an outstanding example of early Western (synth)orchestral game music. Don’t miss this work if you enjoy memorable melodies, potent atmospherics and flawlessly developed compositions, clad in flexible, uncluttered textures.