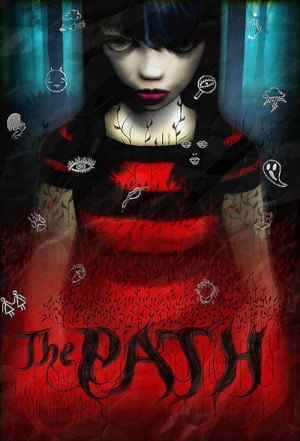 Particularly the former story aspect makes The Path a fascinating addition to the world of games, given how depressingly rare nuanced depictions of sexuality are in video games. In the game, the player takes charge of six girls of various ages and leads them to their grandmother’s cottage. If you stay on the path though, the game will tell you at the end that you’ve failed. Players can only unlock The Path’s mysteries by walking off into the woods, where the wolves lurk.

A game with such a cerebral set up required music that was equally out of the ordinary. That the developer managed to get American singer-songwriter Jarboe (of legendary avant-garde rock band The Swans) to pen the The Path soundtrack was quite a coup. Jarboe would collaborate with Kris Force, head of San Francisco music ensemble Amber Asylum. Not only had both artists previously collaborated on Swans albums, but Kris also brought her game industry experience to this project. A quick disclaimer: while Jarboe is credited with The Path‘s music and Kris Force with the game’s sound, the Bandcamp album release credits both artists. Given how much The Path blurs the line between music and sound design, for the purpose of this review both artists will be regarded as the creators of the soundtrack.

If both artists’ pedigree sets high expectations, the The Path soundtrack easily fulfils them. In fact, the score turns out to be one of game music’s most unique – and challenging – creations. Often closer to sound design than “music” in the traditional sense, The Path conjures a potent atmosphere of suffocating dread and nightmarish visions that few other game scores can match. But don’t make the mistake of assuming The Path is a straightforward horror score that simply wants to frighten you. 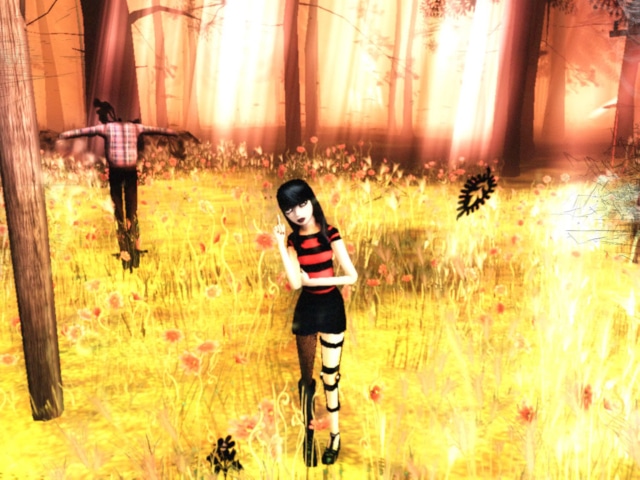 Instead, Jarboe and Kris Force have something more intriguing on their minds. The Path’s aim is to lure listeners into a disturbing world of sounds and keep them there. To this end, the composers musically mirror the duality that underlies the game’s narrative. It’s safe on the path, but aren’t the forest and all its mysteries much more interesting, no matter how dangerous they might be?

As a result, the soundtrack pivots with morbid obsession around the dual axes of sensuality and terror. Both these poles intertwine inextricably on the musical maelstrom that is the The Path soundtrack. Accordingly, several compositions weave a spell that is both alluring and frightening. Second track “Forest Theme” already subtly prepares the ground for the album’s more disturbing moments. Jarboe’s ethereal, layered vocals paint the image of a haunted location, warning us of the wolf. At the same time, Jarboe’s delivery has a calm, inviting quality that makes the prospect of meeting the wolf intriguing rather than simply terrifying. Allure and menace, forming the dichotomy at the basis of The Path, already begin to clash.

It’s particularly the sensuality of the The Path soundtrack that sets this score apart from many of its horror genre brethren. Even an abstract composition like “Woodsman Wolf” radiates warmth – albeit in the shape of searing, claustrophobic heat. Jarboe’s ritualistic chants float over incessant sound effects of thrusting saws and axes chopping away at wood. All of these elements fill the sound stage with a disturbing ambience that is as sexually charged as it is violent. The walls move in closer when abrasive guitar feedback rises and makes the air even thicker with paranoia and fear. 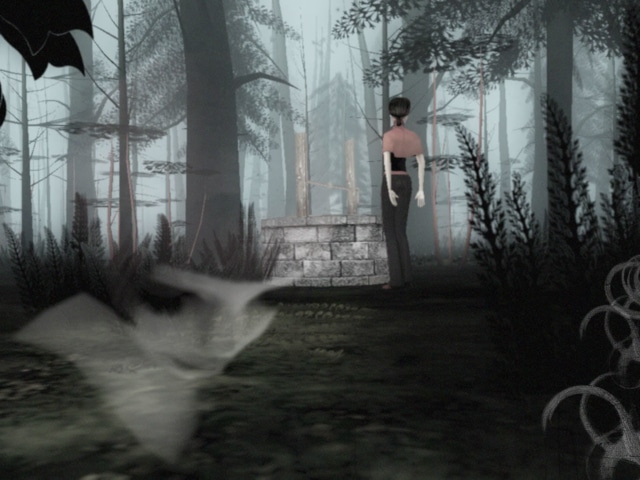 Another composition that marries charisma and discordance is “Charming Wolf”. Its jazzy overtones come courtesy of sometimes atonal saxophone fragments and brushed percussion. They clash with a wall of buzzing guitars and the roaring sounds of a motorbike — the classic sign of the authority-defying male teen. Only here, his sense of cool and danger is actively menacing, as those unsettling guitar sounds get more and more out of control towards the end of “Charming Wolf”.

Setting the The Path soundtrack even further apart from more conventional game scores are two spoken words pieces. Jarboe performs both of them impeccably. The first track is a combination of earlier versions of the Little Red Riding Hood tale. They are far more cannibalistic and sexually explicit than one might expect. However, there’s ultimately a happy end to the story told here. That’s not the case for “Little Red Riding Hood”, which importantly closes the album’s narrative arc. This is the ‘classic’ version of the tale – but it cuts out after the wolf has devoured the girl. No hunter to rescue Little Red Riding Hood, no punishment for the wolf – only the protagonist’s death.

The difference between these two readings of the tale crystallises the point The Path seems to want to make. It might be safe on the path, but never straying from it will eventually lead to disaster. The only way to survive is to confront dangers, experience pain and loss, learn from them and achieve maturity – not exclusively, but to a significant degree in terms of sexuality. The fact that both game and soundtrack describe this process of growing up as one of inevitable female suffering and hurt is hard to ignore and less than easy to accept. Then again, maybe such inevitability is merely meant to reflect and comment on the cruelty of a largely male-dominated world.

Ultimately, this is but one possible reading of the The Path soundtrack. And that’s precisely why this is such a stimulating work, both intellectually and emotionally. Jarboe and Kris Force’s score demands intellectual engagement and allows for varying interpretations of its intent and effect – and for how many game scores could you say this?