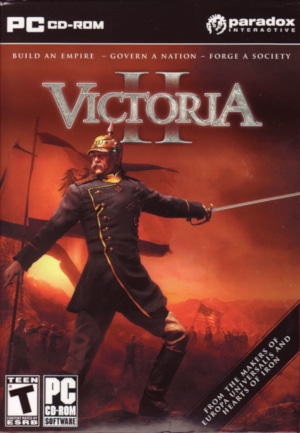 Throughout the years, Andreas Waldetoft has been consistently churning out pleasingly melodic scores for Paradox Interactive’s history-themed strategy games. Titles like Europa Universalis III and Europa Universalis Rome showed promise during their moments of unrestrained melodicism. Unfortunately, various issues held these scores back from entirely fulfilling their promise.

It is on the Victoria II soundtrack that Waldetoft finally reaches his artistic peak. His music has always been best when allowed to wallow in its lyricism and meandering prettiness. The secret ingredient are Waldetoft’s beguiling melodies, which often manage to cover over the general thinness of his material. What’s usually more problematic is Waldetoft’s action material. Less melodic in nature, it can’t fall back on mellifluous instrument lines and can sound repetitive, if still competent.

Victoria II plays exactly to these strengths and weaknesses. There’s not a battle cue in sight, and Waldetoft’s melodic gifts generate more exquisite results than ever before or since. Conciseness is not the music’s strength or intention, and there’s little point in analysing the depth of Victoria II‘s orchestrations or thematic constructs. This is simply music to be savoured in its velvety sonorities and melodic beauty, without too much intellectual probing. 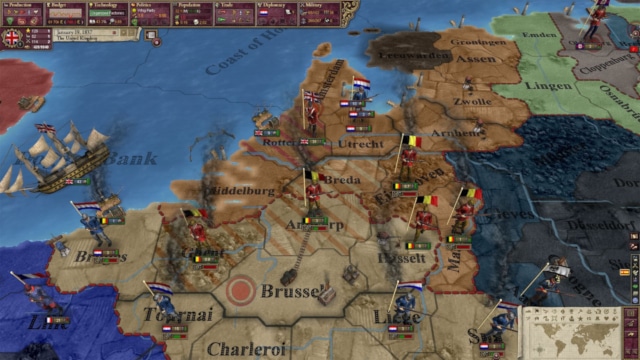 There’s more to the musical success of Victoria II‘s soundtrack though than just gorgeous, emotive melodies. Filling an entire album with generally slow-paced orchestral pieces that almost constantly favour silky string sounds over counterpoint or other musical complexities could have resulted in tedium, but Waldetoft makes two very smart decisions. Firstly, he styles Victoria II as a violin concerto. Fair enough, make that a violin rhapsody, in the absence of any pronounced thematic material.

On a conceptual level, making a solo violin the main protagonist of Victoria II is quite ingenious. Keep in mind that the 19th century saw the violin concerto peak in its popularity among composers and audiences. With the solo violin placed up front and centre on his score, Waldetoft manages to smoothly reference the period Victoria II is set in, and at the same time sets his work apart from so many other orchestral game soundtracks inspired by romantic classical music. It’s a surprisingly unobtrusive way to imbue Victoria II‘s compositions with a patina and grandeur that never feels overwrought.

Waldetoft’s second overarching musical directive shapes the soundtrack even more and further sets it apart from its strategy genre brethren. It’s astonishing to think that while history-themed strategy games often deal with gargantuan subject matter – the rise and fall of empires – their scores rarely shape such material ripe with dramatic possibilities into a coherent narrative arc. Thankfully, Waldetoft doesn’t make the same mistake. He has no qualms about milking Victoria II‘s historic setting for all the drama that it’s worth.

Proceedings begin with all the pomp and circumstance that you would rightfully expect. First comes a trio of pieces that set the score’s imperial mood. Among these cues, “Buckingham Palace” fares best as one of the Victoria II soundtrack’s best developed compositions. The track opens with an idyllic violin-led passage, but then bursts into a spurt of activity with an upbeat march. All this ceremonial splendour is capped off with an infectious, proud melody adorned by colourful woodwind flutters. 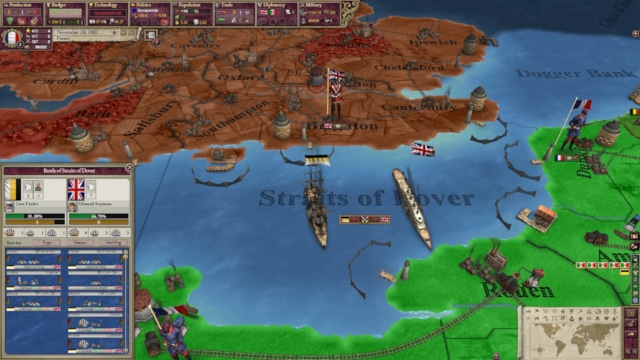 After this weighty opening has established the music’s aristocratic nature and scope, Victoria II lightens up a bit. Waldetoft’s music delves into a number of atmospherically more varied pieces that avert an overload of magisterial splendour. At the same time, these compositions are substantial enough to not let the album sag in its middle-section. “Johann’s Waltz” gives the solo violin a chance to display a different side to its character than solemnity and moving pathos.

And then, with the musical image of an empire at the height of its glory painted in thankfully less than overbearing tones, Waldetoft shifts the mood to one of grief and well-mannered tragedy. Now the Victoria II soundtrack ramps up its theatricality with a handful of slightly morbid compositions. The elegiac gloom of “Death of Prince Albert” and “Countryside” voices previously unheard, anguished concerns. The mood turns darker and graver yet on “Russia 1917”. By now, Waldetoft has established his plan to modify Victoria II‘s grand sound from triumphant to melancholic and forlorn. This obviously mirrors the dominance and fall of Europe’s empires, whose might crumbled in the chaos of the early 20th century. This cataclysmic trajectory gives the Victoria II soundtrack the dramatic album arc that so many other strategy game scores lack.

Harnessing its weighty historic subject matter then allows Waldetoft to raise the music’s emotional expression to operatic heights on closing tracks “Winter” and “Lament for the Queen – Finale”. Given the Victoria II soundtrack’s classical inspirations, it’s no surprise that “Lament for the Queen – Finale” aims to present itself as a veritable miniature requiem mass, with a solo soprano and tenor added to the ensemble. Issues with the recording and mix of the vocal soloists hamper what is meant to be the score’s emotional climax. Still, the composition generates enough gravitas to credibly complete the journey from optimistic bombast to the mournful farewelling of an era.