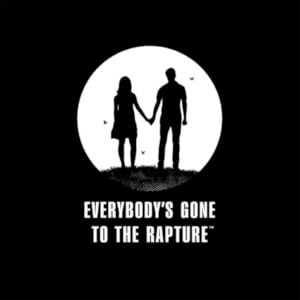 Coming off the critical and commercial success of Dear Esther, British indie developer The Chinese Room began work on two projects: Amnesia: A Machine for Pigs and Everybody’s Gone to the Rapture. Out of the two games, the latter was no doubt the bigger undertaking, co-produced by industry giant Sony Computer Entertainment for the PlayStation 4. By and large, Rapture took the same gameplay approach as Dear Esther. Gamers are tasked with walking through a deserted village, trying to piece together what happened to those who once inhabited this piece of idyllic English country side – no battles, perils or game over screens in sight. Not surprisingly, the limited interactivity within Rapture’s world wasn’t to the liking of everybody. All in all though, reviews were positive, with critics particularly pointing out the game’s strong narrative, placing Rapture on several year-end lists.

Rapture did reap several awards as well, including for its music. As with previous The Chinese Room titles, Jessica Curry provided the game’s soundtrack – deservedly taking home a BAFTA and two Game Audio Network Guild Awards for her efforts. Curry was involved with Rapture throughout the entirety of its three-year development period, both as composer and director of the project. It’s no surprise then that the music’s shape and function within the game was carefully considered. With the game’s design strongly influenced by the peculiarly British sci-fi sub-genre of the “cosy catastrophe”, Curry’s music was bound to follow suit.

Initially Curry considered scoring the game’s 1984 setting with period-specific detail – in other words, the Everybody’s Gone to the Rapture soundtrack got very close to turning into a Vangelis homage! Ultimately, Curry changed direction considerably, instead going for a sound she considered timeless: “The score is based around the pastoral ideal, this nostalgia for an England that never existed. It plays on the Englishness of Elgar and Vaughan Williams.” Curry elaborated further on her vision for the game’s music in another interview: “What I wanted to capture with Rapture is that sense of nostalgia for a world that is already gone. The player has that feeling of loss and melancholy as they’re playing.” 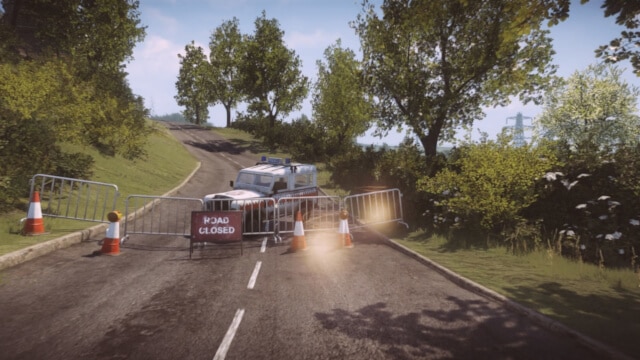 Needless to say, Curry realises all these artistic goals on the Everybody’s Gone to the Rapture soundtrack, one of the most moving live orchestral game scores. What’s most immediately striking is the sheer torrent of emotions pouring forth through Curry’s gorgeous melodies. Sadness, melancholy and yearning run through every second of this music, articulated in constantly attractive melody lines and textures. A comparison with Curry’s Dear Esther score shows some intriguing similarities and differences. Both works revel in slow tempi and a spell-binding evocation of static moods. But Dear Esther remained emotionally ambivalent, oscillating between austere abstraction and hints of tonal warmth. Everybody’s Gone to the Rapture is much more obvious about the emotions it seeks to elicit, requiring considerably less of the deciphering work that Dear Esther demanded.

Don’t be mistaken, this is still music of great subtlety, never requiring histrionics to achieve its sometimes gutting effect. For immediate proof, sample “Clouds and Starlight”. Initially appearing as a straightforward lullaby, “Clouds and Starlight” presents the soundtrack’s most romantic side, with a heart-wrenching, unforgettable melody carried by the choir against soft strings. It’s the score’s most optimistic moment – and it has to be, because a look at the lyrics confirms that this is music meant to prepare a baby for its imminent passing from this world. It’s this delicate balance between personal tragedy and hope that permeates the entire Everybody’s Gone to the Rapture soundtrack, giving this deeply felt music its unabashed emotional resonance.

Curry’s impeccable handling of musical forces and material is the bedrock of the score’s success. Apart from her talent for delivering beautiful melody after melody, her orchestrations strike the perfect balance between clarity and richness. There is no shortage of intricate contrapuntal melody lines on longer tracks like “An Early Harvest”. Often enough though, Curry’s compositions are carried by solo instruments or voices – violin, piano, various woodwinds and most spectacularly Elin Thomas’ voice. Her angelic soprano (almost located in boy soprano register) opens the soundtrack, announcing that this is music that will encompass the personal as much as the ecclesiastical – and thus the universal. It’s an ingenious way to articulate the idea of the “cosy catastrophe” – the end of the world seen through the eyes of ordinary people – through music. 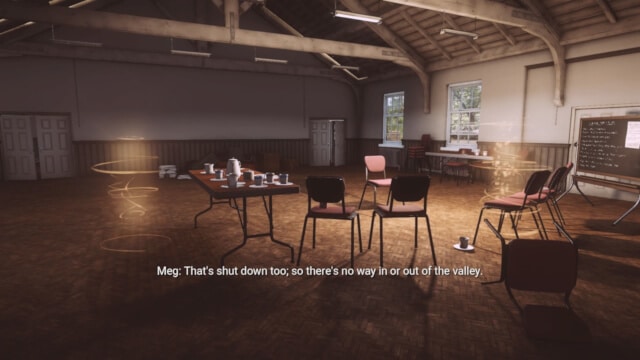 In musical terms, this balance between the personal and the universal results in a constant feeling of solemnity and calm restraint, at the same time allowing for profoundly intimate musical reflections. These are often articulated through co-director Dan Pinchbeck’s lyrics that circle – not surprisingly – around the themes of yearning, loss and death. The Everybody’s Gone to the Rapture soundtrack features a strong vocal component – solo voice or choir – which proves fundamental to its storytelling ambitions. The game’s developers envisaged for the soundtrack to be able to tell the game’s narrative on its own, even without visuals – and so it does.

Rapture’s storyline constantly returns to the sense of regret that its protagonists feel and how their past weighs heavily on them, separating them from the ones they love. That feeling of quiet dejection and yet insistent hope to overcome separation is evident throughout the entire soundtrack. Adding to this, Curry’s clever use of choir not just addresses the scale of the game’s narrative, but also evokes a sense of history – of past events that have left their indelible scars. This is particularly the case on the haunting “Carry Me Back to Her Arms”, where the heart-felt, pleading lyrics collide with the choir’s plainchant and its rigid, composed rhythmic progression.

Everybody’s Gone to the Rapture’s ending could be read as an alien being liberating humanity from its past as all beings merge into one, obliterating the void between them. Then again, that reading is only one possible interpretation. Curry’s score takes an intriguing stance. Having carried the game’s narrative and its underlying emotions superbly, the music ultimately refuses to pass judgment. Final track “The Light We Cast” remains a mystery, but in a different way than Dear Esther’s concluding composition. What makes Everybody’s Gone to the Rapture’s finale elusive isn’t emotional ambivalence, but rather the absence of emotions – a surprise given how emotive the rest of the score is. With a surprisingly even melody progression that has an objectivating effect, “The Light We Cast”’s choral voices announce the arrival of a new age – but whether this is something to celebrate or fear is entirely left to listeners.


Despite its tonal accessibility and melodic immediacy then, the score ultimately remains a challenging work that sidesteps an easy resolution. Much of its music feels like an evening prayer in an empty church as the sun sets and the light slowly fades away – and then the stars appear up in the night sky, whispering the universe’s secrets in a language we don’t understand. Quietly monumental, the Everybody’s Gone to the Rapture soundtrack achieves the rare feat of elevating the mundane into the realm of the universal, where personal disappointments and small victories are of as much importance as the apocalypse.