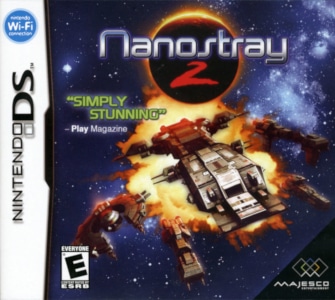 Enter the Nano collection – a digital soundtrack bundle that includes the full scores for the four titles in the Nano shoot’em up franchise, as well as another very strong arrange album. Among the original scores included in this release, Linzner’s Nanostray 2 soundtrack is the strongest work. Significantly more fully-fledged and varied than its predecessor, Nanostray 2 closely mirrors the game in its general character. It doesn’t greatly innovate on tried-and-true shmup genre formulas, but polishes its components to an impressive degree.

From the moment the satisfyingly deep, full bass of “Main Menu” kicks in, it’s obvious that Linzner has once more pushed the sound capabilities of the platform he’s working on to their limits. Beats on this Nintendo DS title are robust and achieve exactly the impact they seek, electronic guitar riffs register with force and precision, and the melodic synth leads shine in bright shades of silver neon (although the Nano soundtracks have always been a less melody-heavy affair than the Iridion scores). Linzner brings all these elements together in complex layers, and the album mix presents them with satisfying clarity. 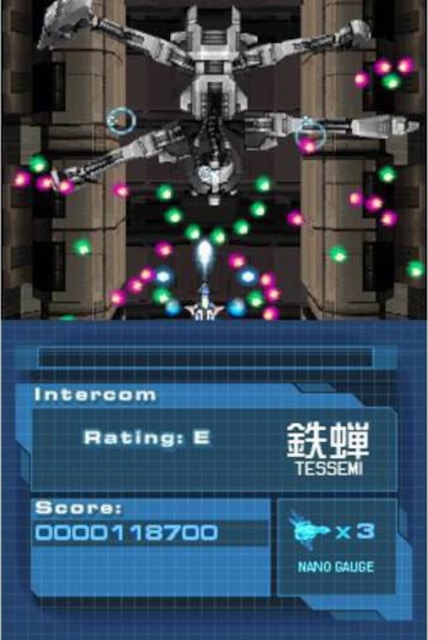 Fortunately, there’s loads of substance underneath the shiny layers of futuristic synth work. Linzner uses each track on the Nanostray 2 soundtrack to introduce some variation to the album’s overall style, which is located squarely in the same high-tech sci-fi environment like so many other shmups. “Daitoshi Station” perfectly captures the feeling of embarking on an adventure in space. Tinkling synth arpeggios and dramatic, but always optimistic staccato melodies complement deep bass drones that provide gravitas. A welcome variation to the genre formula are the R’n’B rhythms Linzner deploys. They power the music along and create a perfectly danceable, energetic contrast to the track’s sci-fi elements.

Next is “Kaikan Outpost”, whose pumping techno beat and grinding guitar riff raise the stakes after the carefree “Daitoshi Station”. A faint synth melody squares off against the bass-heavy undergrowth to great effect, almost subsumed by the relentless rhythms. Such flair for effective orchestrations and effects helps Linzner’s more repetitive melodic material to avoid turning stale. 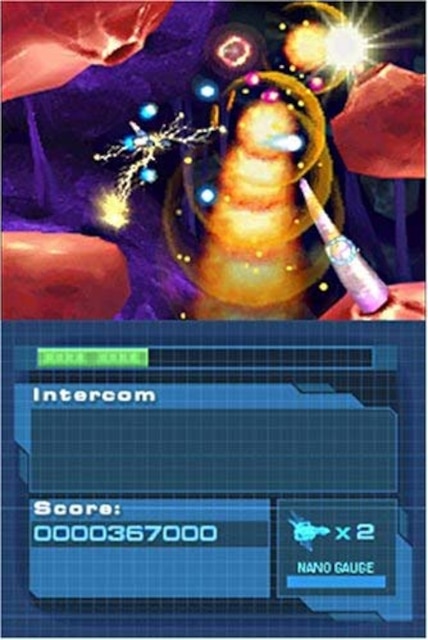 Linzner’s feel for finely etched atmospherics that never lack the necessary punch is most clearly displayed on those tracks where he dares to experiment. “Teppeki Dock” begins with a synth drone that remains unchanged for 30 seconds over beeping sound effects and light beats. After effectively confusing expectations, Linzner then brings in distorted guitars that flare up and churn away at drum’n’bass rhythms. The track’s second half features the album’s most striking melody – essentially a chain of quivering crochets trying to assert themselves by accenting each four square beat, suggesting barely controlled franticness through their forcedly rigid progression.

“Kigan Belt” initially holds back with its anxiously suspended high synth notes, as any melodies are hesitant to form. Electric guitar noises and shreds of single notes echo across an eerie soundscape, and the same sense of insecurity returns on “Kohai City”. Here, the lead melody is doubled by a ghostly echo and then torn to pieces and tossed across the stereo field.

As much as the Nanostray 2 score sounds like a constant thrill ride, it does come with one caveat. It’s hard to dispute that there’s a fair amount of filler material on the album. Including the Nanostray 2 soundtrack in a list of the best game scores might be a close call then. But ultimately, there’s enough quality and substance here to elevate Nanostray 2 to the level of genre stand out. Less cinematic than Rafael Dyll’s Söldner-X soundtracks and eschewing the extended track running times of REDUX: Dark Matters, while also foregoing the self-conscious retro approach of Sturmwind, Nanostray 2 still extols the virtues of old-school shmup scoring with its succinct, exciting cues that pack a small musical universe into less than half an hour of music.