Then again, Carpenter has repeatedly mentioned his fondness for video games in interviews. Exactly how he got involved with Sentinel Returns isn’t quite clear. According to one interview, Carpenter wrote the Sentinel Returns soundtrack while shooting Vampires in New Mexico. More remarkably, he claimed to have created the entire score within a single day (“Sunday, my day off”). And apparently, that was the end of the story: “They [the developers] seemed happy, so, fine. I never saw the game.” It’s hard to say then how much credit must go to Gary McKill, listed as the soundtrack’s arranger – it’ll probably remain a mystery exactly how fully-formed Carpenter’s contributions were and how much work McKill did on the music. 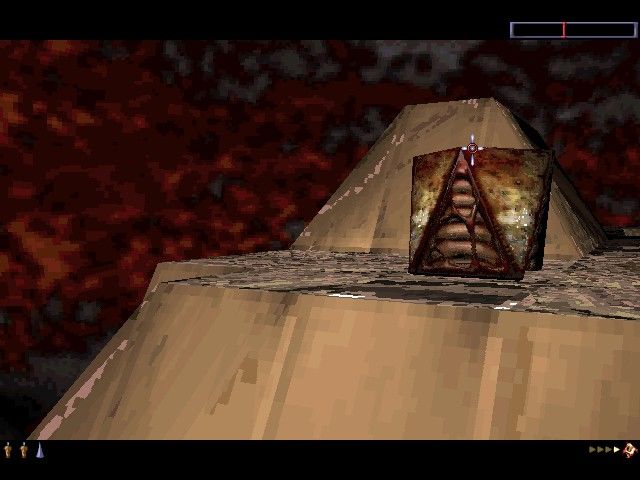 However its creation occurred though, the Sentinel Returns soundtrack is doubtlessly one of Western game music’s most effective horror scores. It is a direct continuation of Carpenter’s movie soundtracks, down to the synthesised one-note bass pulse that is Carpenter’s go-to gesture and opens “Track 1”. Its merciless pounding gives the music a feeling of single-minded purpose, perfectly underscoring the game’s relentless antagonist.

The tension rises as Carpenter layers more and more rhythms on wood blocks, piano and timpani, backing foreboding synth layers. It all patiently builds towards the track’s big moment – the appearance of an imposing eight-note synth motif that is domineering, even darkly majestic in a twisted way. In its unashamed bombast and simplicity, it’s also a fair bit cheesy. But then again, that’s in keeping with Carpenter’s tendency to go full camp, as long as his ideas achieve their full impact – and that’s definitely the case here.

Carpenter’s decades of experience in crafting minimalist, but effective horror underscoring are obvious throughout the soundtrack. His music might be near-ambient at times, but never fails to ooze with quiet, inescapable dread. There is a fair amount of repetition, but the compositions’ atmospheric potency makes the score hypnotic rather than tiresome. The result is an oppressive, sombre soundtrack that strikes just the right chord of disquieting otherworldliness to aptly underscore the game’s strange, abstract scenario and daunting antagonist. Carpenter leaves his music sparse and abstract enough to not fill in too many of the fascinating gaps opened up by the game’s perplexing visuals. 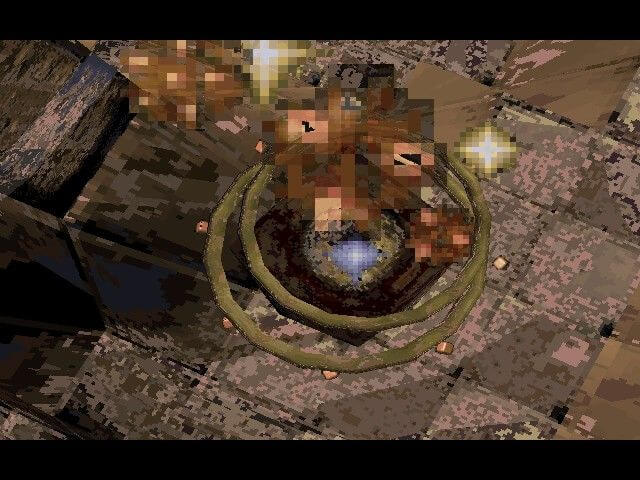 Indeed, keeping the music at a remove is one of the reasons why the Sentinel Returns soundtrack is satisfyingly creepy. On “Track 2”, samples of ghostly voices give the music a human element, but only in disconcertingly distorted fashion. That sensation combines with a circular, ritualistic drum pattern, quite similar to Matt Uelmen’s signature rhythms on Diablo. Spooky vocals and tribal drums are two sides of the same coin of twisted spirituality that dominates “Track 2”. A nervous, zither-like instrument playing in counter rhythm to the stoic pulsing underneath only increases the paranoia-filled atmosphere.

Intangibility also sums up “Track 3”’s appeal, if in a different way. This time, the rhythmic backdrop consists of a fuzzy sine wave bass, brushed hi-hats and moody bell strikes. A racing piano line backed by anthemic rock drums is the Sentinel Returns soundtrack’s most obvious 80s throwback moment. But just as the music becomes more melodic and consonant, it’s kept askew by spectral synth washes that flood over the rest of the track with no regard for its rhythms and melodies, as if emanating from a different realm.

On “Track 5”, the haunting synths of “Track 3” return, now dominating the composition. Underneath the parade of uncanny shadows, a persistent electronic pulse ticks away like a countdown to disaster. This time, the musical conflict that electrifies the track is between the synth backing and a forlorn, two-note piano figure. It provides the barest signs of warmth and humanity in an otherwise alien world, hoping to survive the constant attack of the gnawing, amorphous synths, often coming dangerously close to falling into dissonance itself. It’s another demonstration of how the Sentinel Returns soundtrack gets the most out of its judicious balancing act between scant, yet surprisingly emotive melodies and expertly crafted horror synth underscore.