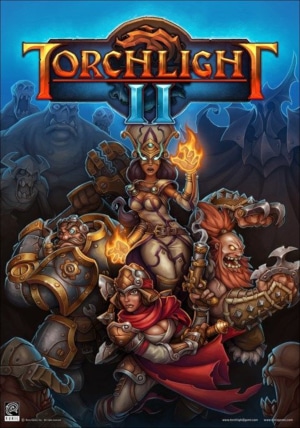 As always, his music deals in textures rather than melodies, suggestions rather than definitive manifestations. At its best, this approach leads to wonders like Diablo’s “Tristram”. This game music classic was an instantly striking demonstration of how to score fantasy environments in new, idiosyncratic ways. However, taking the same approach, Diablo II and Diablo II: Lord of Destruction ended up veering between scintillating and meandering.

The Torchlight II soundtrack is a marked improvement and manages to combine the languid, gloomy synth layers of Diablo II, the textural refinement of Diablo II: Lords of Destruction, and the increased melodicism of Torchlight, and blends all these into one of the best fantasy game soundtracks. Jump into a composition like “Enclave Morning” and it immediately becomes apparent that Uelmen can still score a faraway fantasy location like few other composers. Peaceful woodwind lines are given a soft, otherworldly bent through shimmering violin crescendi and the composition’s echoey acoustics. The track’s impressionistic, constantly shifting textures evoke dazzling, majestic beauty of a very rare kind. 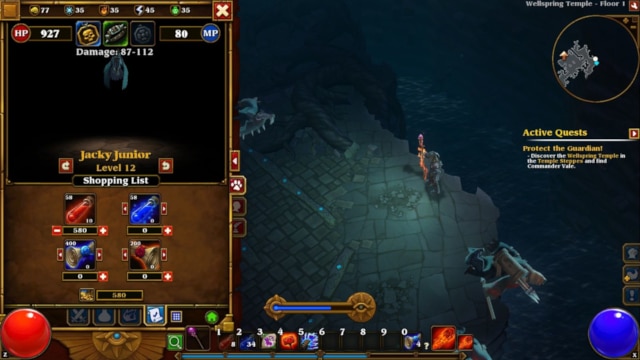 This textural focus is the foundation of Uelmen’s supremely accomplished work here. “Enclave Morning” doesn’t underscore particular characters, actions or narrative beats with an array of melodies or themes. Instead, the composition captures an elusive mood that feels frozen in time, yet is bound to fade away – the ephemeral beauty of a sunrise over a wondrous land and its slowly, subtly changing waves of gleaming colours. And “Enclave Morning” is far from the only composition on Torchlight II that revels in such exquisite tone painting.

All of the soundtrack’s compositions proceed at a measured pace and consistent volume, rendered in a generally cavernous sound. Thanks to the small armada of instruments that Uelmen deploys, the resulting effect is not one of monotony, but consistency. It feels like gliding down a long river during twilight, marveling at the wonders that hazily fade in and out of view on the shoreline with dream-like logic.

The Torchlight II soundtrack is best summed up as a vast tapestry of sounds, built upon an extension of the orchestra/synth/rock ensemble that Uelmen has deployed on most of his scores. On Torchlight II, he brings together atmospheric instrumental lines and synth pads in even denser layers than before. The results are more subtle and creative than before, surpassing Uelmen’s previous work in this style. This sheer lushness of sound doesn’t come as a surprise if one looks at how Uelmen’s music has developed from Diablo to Diablo II: Lord of Destruction. 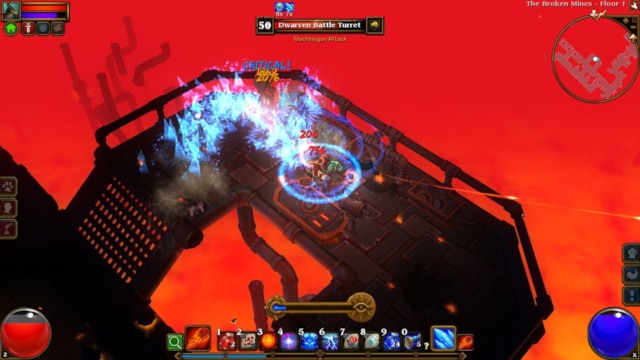 However, this tonal richness reaches new heights here, bolstered by a greater fondness for melodies that already characterised Torchlight. Indeed, while Uelmen is clearly most concerned with the detail-obsessed, immaculate layering and balancing of textures, the Torchlight II soundtrack also has moments of great melodic beauty. It’s the job of the live orchestra’s string section to deliver injections of fantasy-typical gravitas and sweep. Just sample “Zeryphesh Morning” and its beautiful, pensive string chord progressions. They are even more intoxicating when merged with an exotic orchestral background that incorporates the sounds of a Guzheng. The album’s midway point is literally one of the album’s peaks, thanks to “Echo Pass” and “Camp Evening”. Their free-flowing string melodies capture every bit of wondrous majesty that flows from their mountainous locations.

The Torchlight II soundtrack’s kaleidoscopic orchestrations and melodic strengths don’t stop the album from traversing the murky depths that Uelmen explored so thoroughly on his Diablo scores. As on Diablo II, the album’s last third is devoted to more sombre compositions. While the album loses some of its beguiling effect during these morose, more monochromatic compositions, the music remains captivating. Hollow guitars ring out over “Wasteland”’s bleak soundscapes. Feelings of despair reign supreme on “Desolation”, courtesy of horn cries and piercing woodwind notes set against relentless drum patterns. “Bog” maintains interest through its lone flute melody lost among howling deep synths.

Best of all is “Mummified”. The track moves its busy, disorienting string pizzicati just far enough into the background for them to turn into an unsettling, elusive source of sounds. Uelmen then layers deceptively cheeky pizzicati on top of dissonant sound effects and creepy percussion. It’s yet another feat of clever composing and studio engineering. Like the Torchlight II soundtrack as a whole, it’s an intriguing surprise and another fascinating facet of Uelmen’s stunningly successful world-building that elevates Torchlight II to the highest echelons of Western fantasy scores, alongside works like EverQuest II and Outcast.