Critics also highlighted the game’s aesthetic strengths – its gorgeous visuals and its soundtrack by veteran Matt Uelmen. Having scored Runic Games’ Torchlight titles, Uelmen had celebrated a resounding return to form with Torchlight II. That soundtrack had felt like the apex of Uelmen’s meticulously composed trademark style that mixes electronics, orchestral and rock elements, setting his fantasy scores apart from the (often homogenous) competition. For Uelmen, Hob was an opportunity to expand his sound palette once more, as he was actively looking to avoid genre clichés – both those heard on other fantasy scores and his own common stylistic traits.

Recording over two years – between June 2015 and July 2017 – Uelmen made the most of the time he was given to create the Hob soundtrack. The basis of his approach was unusual – to merge three different instruments with common properties into one: Moog guitar, fretless bass and pedal steel. Arguably, few would associate any of these instruments with fantasy scores, but they allowed Uelmen to work with micro-intervals – a way to escape classical notation and thus more traditional sounds. Training himself on all three instruments and combining them, Uelmen aimed to create “a futuristic and rubbery, yet still pretty lead instrument.” 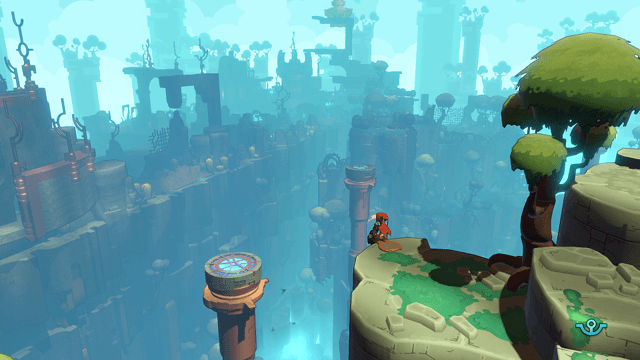 The final product indeed accomplishes Uelmen’s goal to push his music once more into new territory. In fact, the Hob soundtrack might well be unique amongst video game scores. There are connections to other works (most obviously within Uelmen’s own discography), but ultimately, Hob innovates more than just fantasy game scoring. What’s most striking about Uelmen’s creation is the almost complete absence of traditional harmonies, melodies or rhythms. There is some (usually light) percussion on Hob, but it rarely drives the pieces forward. And while melodic progressions emerge here and there, they never lead the track and aren’t designed to stick with listeners. The closest stylistic antecedent for Uelmen’s experimentation on this album would be post-rock – “Forest”’s opening sounds like it might come from a Feels-era Animal Collective album.

Uelmen’s compositions are best described as lengthy sound collages, continuously changing shape as they blend and manipulate electronic and acoustic instruments with jaw-dropping ease, to the point where these instruments are often no longer discernible from each other. Uelmen’s merging of three instruments into one does indeed create an exotic, otherworldly feel. However, one would be hard-pressed to always identify his newly-created lead instrument amidst his thick sound washes. One possible descriptor for this sort of floating, meandering music would be “ambient”, but that often implies a certain sparsity of timbres and musical activity. The Hob soundtrack is the opposite. It is languidly paced but lushly arranged, presenting previously unheard combinations of timbres (at least within game music) that never cease to fascinate during the album’s hypnotic 65-minute run time.

Obviously, Uelmen’s work has always had a strong textural bend, and his fastidious attention to details of album recording and production left its mark on his music from Diablo onwards. But Hob takes these interests to a new extreme, moving away from the increased melodicism of Torchlight II. That score also suggested environments rather than delivering definitive manifestations. However, it still created distinct underscoring for specific, separate locations. On the other hand, the Hob soundtrack feels like one living, breathing organism (maybe balancing its world’s mechanical nature), slowly morphing from one previously unseen sight to another. 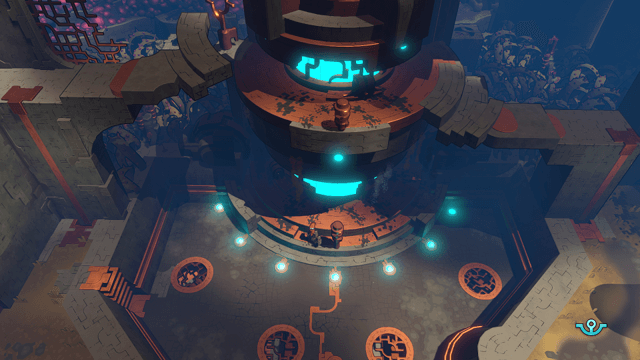 Suppose there is a particular location evoked through Hob’s music. In that case, it is a hazy jungle, all objects around the listener nothing but elusive shades that nonetheless intrigue – and yet they remain intangible, dissipating back into the dusky, heavy air they emerged from. Uelmen’s album production adds to the effect, draping every instrument in a thick, reverberant sound that purposefully swallows up details (even the distortions on the whale call-synths on “Anima” feel deliberate). The album production also has a tangible warmth that renders its sound collages as spacious, welcoming, yet somewhat claustrophobic concoctions surrounded by encroaching walls of sounds. Uelmen’s use of micro-intervals and avoidance of conventional major/minor key harmonies complete his approach to keeping his music enticingly indefinable.

It’s an unusual approach to scoring a fantasy game, to say the least – but it starts to make perfect sense once we consider the brief Uelmen was given. Hob’s co-director Marsh Lefler had asked the composer to underscore the protagonist’s solitude and his loss of reference points. Uelmen’s harmonically ambiguous music and its lack of clear melodies and rhythms achieves precisely that. There is no one to meet for Hob’s lead character on his journey, no character or location clearly encapsulated in music of an easily identifiable, individual character. All that the protagonist experiences is a sometimes disorienting journey through strange, amorphous, seemingly endless lands. Meanwhile, Uelmen ensures to give the music an undercurrent of mysticism, subtly ensuring that Hob’s music has the required scale for a world-saving adventure despite breaking with fantasy scoring traditions.

Given all this, the Hob soundtrack is the kind of music that eludes easy description through words. It creates its own universe where instruments, moods and compositions merge into each other to the point that discussing them as separate entities makes little sense. That is not to suggest that Hob is a monochrome work that could go on forever – that would ignore just how much happens in each piece and the startling amount of creativity and care that have gone into each of its innumerable details. It’s just that the Hob soundtrack isn’t particularly concerned with constructing any particular album arc. Instead, it chooses to create a fascinating here and now.

That being said, penultimate track “Anima” does seem to build on the foundations laid by previous pieces, crystallising the spiritualism that runs through the Hob soundtrack through its echoing flute calls ringing from up high through foggy mountain valleys. “Anima” then moves towards a fascinating, unearthly climax as fuzzy synth pads evoke dizzying heights under a white, blinding sun and its chilling yet fiery rays. Like a modernist painting, “Anima” – and Hob as a whole – seem to be concerned with capturing not the shape of things, but with distilling their essence. This challenging, enigmatic work further solidifies Uelmen’s reputation as one of game music’s most innovative creator of worlds.